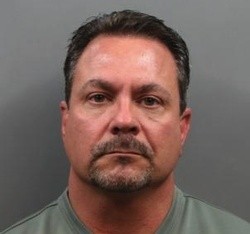 UPDATE: Branam was sentenced to a lengthy prison term on June 3. See details below.

The owner of a now-shuttered laser hair removal clinic in St. Peters will be sentenced today on four counts of deviate sexual assault following complaints he touched as many as eight customers inappropriately -- and a jury's guilty verdict in January.

Lawrence Branam, 51, was accused by customers at his clinic, Cosmetic Laser Center, of touching them inappropriately, and in some cases even penetrating them with his fingers. Following an investigation by the St. Peters Police Department, he was indicted first in June 2012 and then again on additional counts in March 2013.

Not surprisingly, Branam is also facing a civil lawsuit. In a suit filed in St. Louis Circuit Court last week, a Belleville, Illinois, woman claims she was "offensively and indecently touched and fondled by Lawrence Branam." She also says she suffered a "scratch/tear" to her labia.

Because the woman purchased her services for Branam's clinic via Groupon, she is also suing the Chicago-based corporation.

Finally, court records show that Branam is also being criminally prosecuted for failure to pay child support "in excess of 12 monthly payments." Those charges were filed last October and are currently pending in St. Louis County Circuit Court.

Clearly, crime only pays if you're a banker. Laser hair removal clinic owners would do best to keep their fingers to themselves.

The station reports that Branam had his patients wear blackout goggles prior to the assaults. Creepy.