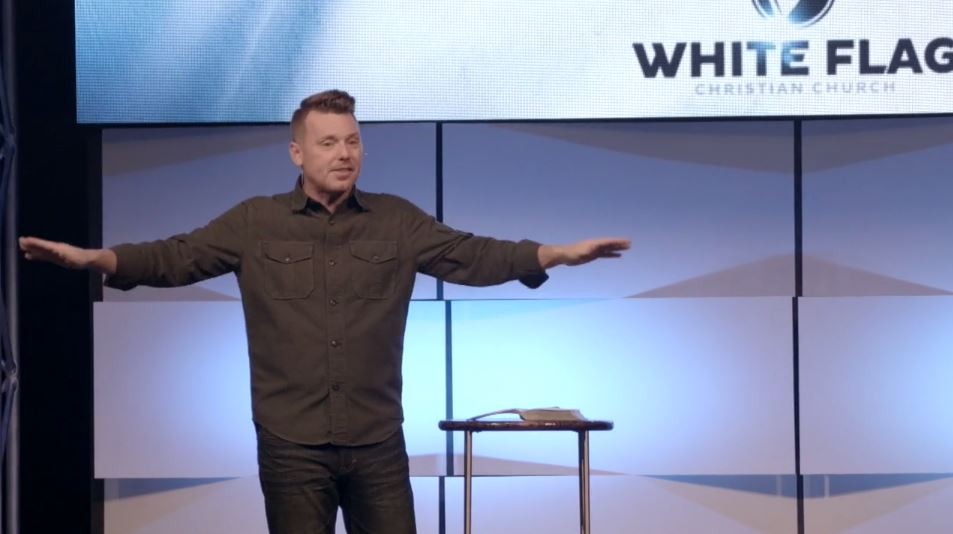 Doug Lay was beloved among his students at St. Louis Christian College. The student body voted him 2015's Teacher of the Year.

But the bookish English professor was nowhere to be found among the well-wishers who gathered at First Christian Church of Florissant earlier this month for the college's graduation ceremony.

Lay's conspicuous absence was no accident: He'd been banned from the church's premises in April, one month after he'd started raising questions about the way the church's senior pastor, Steve Wingfield, handled allegations of sexual abuse.

In a meticulously researched report titled "Is It Enough: Sexual Abuse Within the Church: A Case Study at First Christian Church of Florissant," Lay accused Wingfield of ignoring warnings about a youth minister named Brandon Milburn. A former student of Lay's, Milburn had once been a rising star in the north county megachurch. Last year, Milburn was unmasked as a serial child molester. 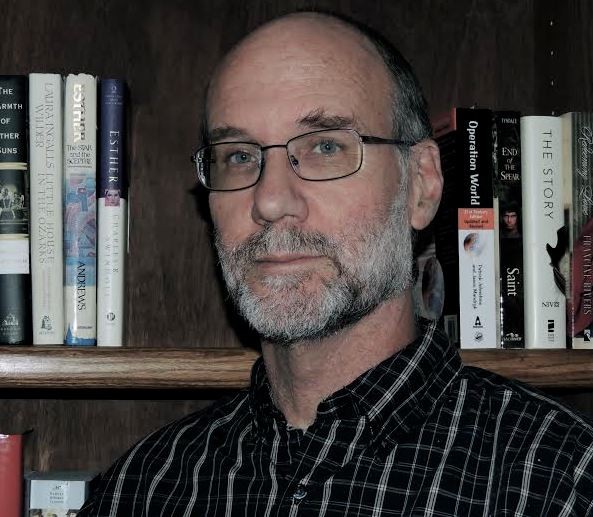 As documented in a Riverfront Times investigation, Milburn started hanging around First Christian Church of Florissant, or FCCF, in 2005. That's also where he found his victims, two eleven-year-old boys, whom he abused repeatedly between 2007 and 2009.

Lay's questions about FCCF's pastor put him in a tough position: His employer, St. Louis Christian College, depends on financial contributions from area churches to stay afloat. That includes the deep-pocketed FCCF, which last month filed a defamation lawsuit against Lay for publicly airing his criticisms of Wingfield and the church.

Two weeks after the graduation, Lay announced through his lawyer that he would be leaving the college after a 17-year career.

"There will be likely those who will attribute my resignation to pressure from you," Lay wrote in an open letter to Guthrie Veech, president of St. Louis Christian College. "I want to emphasize this is my own decision and done in recognition of the difficult position this whole situation places you and the institution in."

But Lay wasn't telling the full story. In fact, Veech and St. Louis Christian College had faced pressure to do something about Lay and his public campaign against Wingfield -- pressure that the college president confirms started months before Lay's resignation.

On March 23, Veech was waiting at a departure gate in Lambert International Airport when he received a call. On the line was Steve Wingfield's brother, Paul Wingfield, the lead pastor at White Flag Christian Church in south St. Louis County. He sounded pissed.

"The phone call was very quick," Veech recalled in an interview this week. "He was very concerned about the attacks on his brother and on the church."

According to Veech, Paul Wingfield declared that White Flag Christian Church could not support an institution tied to an agitator like Lay. He told Veech that his church was halting contributions to the college, effective immediately.

Shortly after the call, Veech responded to a Facebook message from Titus Benton, a former middle school minister at FCCF. Benton had relocated to Texas in 2011, but following Milburn's 2014 arrest he joined Lay in publicly demanding Wingfield acknowledge his failures as a church leader -- specifically, that Wingfield had failed to heed warnings in 2012 that Milburn was sleeping in the same bed as a teenage boy and, in addition, had exposed himself to other minors.

Veech confided to Benton about the call he'd just taken.

"Today the college was threatened by a W," Veech wrote -- with "W" meaning Wingfield.

Veech continued: "So sad. I had no idea they would hit the college. I guess the Ws figure they can't do much to the victims or those who speak out for the victims so they will hit the college since these folks are connected here...They are going to try to crush SLCC. Not sure enough of them support us, just two. Now only one. If FCCF stopped supporting us it would hurt."

Benton, who provided Daily RFT with these chat transcripts, responded: "That is so petty."

"You can call it whatever you want," Veech wrote back. "Well we will check everything out and have already started but good bye money. This is bullying. I don't like it."

Turn the page for more on the college's response -- and why mediation between Lay and FCCF failed.

According to its tax returns, which are a matter of public record, St. Louis Christian College took in about $800,000 in contributions and grants in 2013. Veech declined to say how much money the Wingfield brothers' churches have historically contributed.

But the bullying, as Veech put it to Benton that night, didn't stop with the college.

On April 16, Steve Wingfield and FCCF filed a defamation lawsuit against Lay, Titus Benton and his wife Kari, as well as another whistleblower named Dawn Varvil. Wingfield sought a court order to force Lay and his supporters to retract their accusations from the Internet and social media. The lawsuit also demanded at least $25,000 in damages, alleging Lay and the others had attacked FCCF and Wingfield with "injurious falsehood" and "harassment."

However, the lawsuit fizzled. First, a judge denied Wingfield's attorney's initial request for a restraining order to block Lay and the others from criticizing him and FCCF. Less than a month later, on May 11, Wingfield and FCCF quietly dismissed the lawsuit, citing the fact that the church had arranged "an independent Christian mediation process and as a sign of good faith."

When Daily RFT reported on the lawsuit's dismissal two weeks ago, the nature of the "Christian mediation process" was still unclear. Apparently, there was a non-disclosure contract in place. But Lay and his lawyer, Al Johnson, say that Wingfield has since broken the contract -- and that's why they're speaking about it now.

They say that Wingfield did arrange two negotiation meetings before dropping the lawsuit. The first took place April 30 and began with the signing of a non-disclosure contract, a copy of which was provided to Riverfront Times.

As Lay recalls it, Wingfield's offer within the so-called "Christian mediation process" bore few differences from the lawsuit. He demanded Lay retract his allegations in the "Is it Enough" reports and scrub any similar allegations from social media. If Lay did that, Wingfield said, then FCCF would drop the lawsuit.

Apparently, Wingfield also wanted Lay to retract his statements to Riverfront Times, seemingly in the hope of killing (or at least clouding) our investigation into how Milburn used FCCF as a hunting ground for victims.

As for Lay, he says he was willing to "soften" some passages in his "Is it Enough" report to clarify that Wingfield had never been presented with first-hand evidence that Milburn was having sex with children -- but that was about the only concession he was willing to make.

Lay had hoped Wingfield would accept his offer and, perhaps, convince his brother Paul to restore White Flag Christian Church's funding to St. Louis Christian College. When Lay asked if it would be possible to attend his students' graduation ceremony at FCCF the next week, he says Wingfield responded, "Well, we want to keep your feet to the fire."

In a statement released last week (embedded in full after the jump), Lay's lawyer described the April 30 negotiation meeting as a total failure.

"Mr. Wingfield ended up abruptly leaving the meeting, claiming he had some other important task to complete," Johnson said in a statement. "It did not take long for Mr. Wingfield to breach the confidentiality agreement that he signed before the settlement discussion."

As a matter of fact, Wingfield spoke about his discussions with Lay in a meeting just one week later with Titus Benton.

"Steve said that he really felt like they were close to an agreement when that meeting ended, and that the next day Doug changed his mind," Benton told Daily RFT. "Which I couldn't believe. And when I asked Doug if it was true, I could tell it wasn't. But Doug still wouldn't talk about it. He was that committed to honoring the confidentiality agreement."

Yet that changed after Lay informed his lawyer of what Wingfield had told Benton about the April 30 meeting. In a May 13 letter to Wingfield's lawyer, Johnson said the pastor's loose lips made the non-disclosure contract worthless.

"Since your client has decided to unilaterally waive the confidentiality agreement, we are now no longer going to be bound by it. We are going to consider ourselves free to comment on what actually went on during the course of the mediation."

Neither Steve or Paul Wingfield responded to interview requests for this story.

Nearly two weeks after Lay resigned his position at St. Louis Christian College, Guthrie Veech, Lay's former boss, tells Daily RFT there are no hard feelings between the college and its recently retired Teacher of the Year.

And Lay is still fighting.

He and his fellow defendants believe that FCCF's decision to dismiss the lawsuit represents little more than a hollow victory. Wingfield dismissed the suit "without prejudice," a legal term that means he can refile at any moment. That leaves Lay and the others to wonder if the pastor is merely buying time before his next attempt at silencing them.

Meanwhile, Lay recently launched a new website to house his various reports on FCCF, Wingfield and Brandon Milburn. On May 19, Lay updated his Facebook profile's job status. It read: "Started Working at Unemployed For Truth."