The most obvious legacy bequeathed to St. Louis by the great Martin Duggan, who died yesterday at 93, is Donnybrook -- that show on KETC Channel 9 that looks like a group of old people sitting around a table yelling at each other.

But if you were a kid growing up in St. Louis in the 23 years that Duggan hosted Donnybrook and tussled with his guests over current events, all you had to do was see their expressions and hear their tone to understand: This stuff matters. It was an implicit civics lesson on what to care about and how to disagree with the moron next to you.

Few disagreed more publicly and often with Duggan than Riverfront Times founder Ray Hartmann, who we caught up with yesterday.

Riverfront Times: Duggan had some vivid personalities to manage over the years: You, Bill McClellan, Mark Vittert, Charlie Brennan, Alvin Reed, Wendy Wiese. How did he steer the ship? 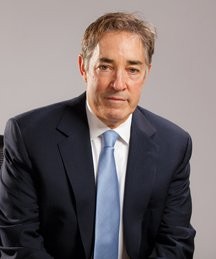 Hartmann: With an iron first! (Laughs) Early on, the arguments were loud and boisterous. Over the years we became more of a family, so it was harder to maintain that edge. But Martin was the provocateur. That was the word he came up with. He wanted the show to have a lot of energy.

You and he squared off a lot. Any memorable shouting matches? It's funny, after a thousand shows on Donnybrook, I wish I could tell you that one stuck out. I always used to say the same thing about Martin: He was a wonderful friend, and I especially liked the fact that I could count on him to be wrong on any subject.

My greatest fear was that he would come around to my way of thinking so much that it would mess up our act. He assured me that would most definitely not be the case.

What kind of guy was he off-camera? Just as loyal as he could be -- to his wife, to his friends, to his Catholic faith. And he had a great sense of humor, and was completely self-effacing -- never any pretense or pomposity.

The other thing about him: Any time I was around him, and I was around him a lot to do events and stuff, he not only knew everybody, but he'd remember something about their sister. I'm not exaggerating at all; I'd never seen anyone like that. It was a gift, actually.

Was he as conservative as people thought he was? On some of the social issues, absolutely. On the other hand, Martin did not suffer fools gladly and had no tolerance for phoniness. So if he felt somebody on his side of the fence was disingenuous, he wasn't going to fall on his sword for them. He's of a brand of conservatism that's more collegial than what you have today. Today, so many of the conservatives and a fair amount of the liberals are predictably angry at each other all of the time. He was not like that.

Some of his old columns [for the St. Louis Globe-Democrat], like "Death of a Slob" (in which Duggan wrote that SNL star Jim Belushi "lived like a slob and died like a slob"), I can't really explain that. He was writing for an editorial page. You can look at some of his columns and say, "That was pretty mean." But if you knew him personally, he wasn't mean at all. Being on the Left, I do see some inherent meanness of the views on the Right. That's just politics. But we were very good friends. That was not an act.

And back in the day he would just go off on the RFT on Donnybrook. He was merciless. But it was never personal. And, he was a right-wing conservative, so him thinking we were sleazy was marketable for me!

What legacy does Martin Duggan leave to St. Louis? He was at the Globe-Democrat for over forty years, yet his major legacy was Donnybrook, which he did at an age when most people are retired. But to me his legacy was about loyalty, and his values. In a way, it's the end of an era. But there's no reason those things have to go out of style.

For more on Martin Duggan:

Here are obits by the Post-Dispatch and the Business Journal; here's a St. Louis Magazine interview with him from 2009.

Below, the first part of a Channel 9 special on Donnybrook, which is worth watching if only for Hartmann's mullet and McClellan's attire.