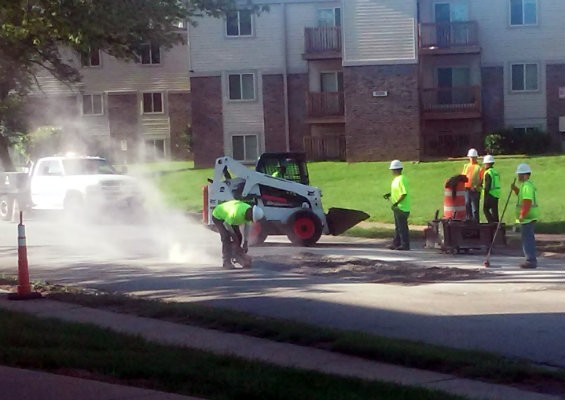 After Wednesday's removal of the stuffed animal memorial to Michael Brown Jr., a plaque and a dove were embedded in the sidewalk on Canfield Drive on Thursday morning. But observers also saw a crew of workers digging up the street where Brown actually fell and died after being shot multiple times by former Ferguson police officer Darren Wilson.

This was done at the request of the family, which was given the largest pieces of the asphalt to take home with them.

"A lot of it was real crumbly. We got most of the big pieces," says Louis Head, Brown's stepfather. "That was good enough for us." 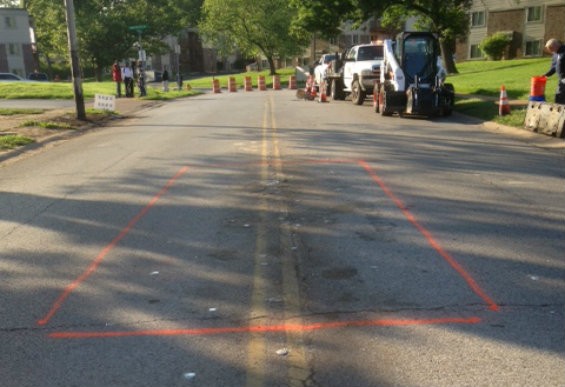 A spokeswoman for Mike Brown Sr. said crews are removing an 8x20ft section of Canfield to repave. @ksdknews #Ferguson pic.twitter.com/1qlwVT49LX

Crews are now pouring down asphalt on the stretch of Canfield where Mike Brown was shot & killed. @ksdknews #Ferguson pic.twitter.com/NJVVpsBV6d

Ferguson Mayor James Knowles mentioned that this had been a request of the family's back in April.

Head says that his wife, Lesley McSpadden, wanted to incorporate the pieces of asphalt into her son's headstone. But because it's in such bad shape, it doesn't look like that will be possible. Head says they still hope to "mix it up and turn it into something."

The memorial plaque and the dove were also placed yesterday, which -- unsurprisingly -- has stirred up some controversy for the city of Ferguson. Spokesman Jeff Small says he spent the day answering a "steady stream" of calls from angry people, many of them from outside the Missouri area.

The bulk of them were upset that city money would be used to put in the plaque and to dig up the street, Small says -- which isn't true. 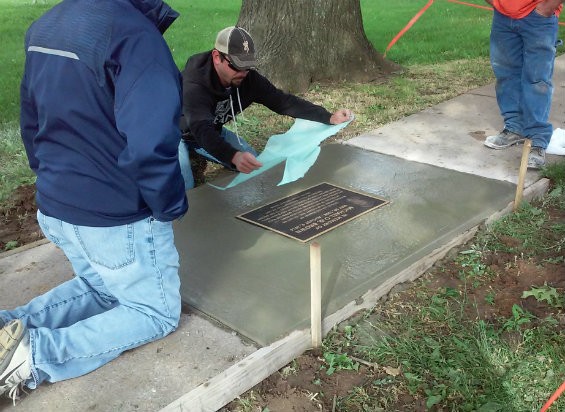 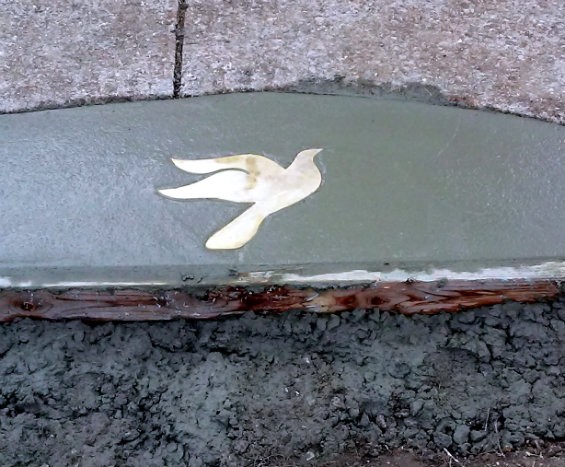 "[The city said,] 'If you can pay for it or find someone to pay for it we will agree to it,'" says Small. "Not one dime of city money was used to do this."

According to Janie Jones, president of the Washington D.C.-based Joint Council On Policy, an anonymous donor paid for the plaque and the dove. The Lipton Group, which owns the Canfield Green apartment complex, paid for the street to be dug up and repaved.

"It's so people didn't drive over the actual spot where he died," says Jones.