On the Occasion of His Birthday, the Michael Brown Jr. Memorial is Removed from Canfield 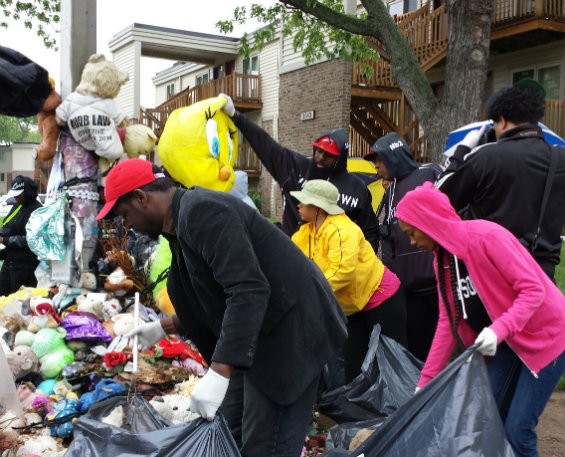 This afternoon, Michael Brown Sr. -- the father of 18-year-old Michael Brown Jr. -- snapped on a pair of rubber gloves, walked to the spot in the middle of Canfield Drive where his son was shot and killed, and began to scoop stuffed animals and other trinkets into a black garbage bag.

"It's time for the city to heal," he said moments before he began. "I need to heal."

It seemed like a cruel task -- performed in the rain, in near silence -- but he was the only one who could do it. Imagine if a crew of Ferguson city workers attempted to remove the memorial. It would be treated as an act of sacrilege.

And even with the family's blessing, there was turmoil. A young man neighbors identified as the head of the block's copwatch program walked by repeatedly shouting that those involved in the cleanup should be ashamed. He didn't care that it was being done with the blessing of the Brown family.

Today would have been Brown Jr.'s nineteenth birthday. 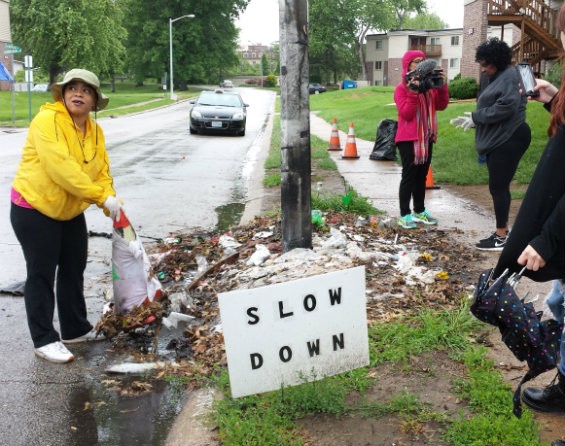 As the layers of stuffed animals were peeled back from a lamp post, the slightly sweet stench of rot and mildew filled the air.

Cal Brown, Michael Jr.'s stepmother, said that watching the memorial come down was "weird," but conceded that it was time.

"It's unfair to the tenants here to leave it," said Cal's mother, Pearlie Gordon. "This is the best way to do it, in memory of him."

Earlier in the day, Ferguson Mayor James Knowles announced at a press conference with the Browns that a plaque would be installed on Canfield in memory of the slain teenager, and a dove placed beside it. The plaque was supposed to be installed today as well, but the steady downpour scuttled those plans.

A little while after the cleanup began, Brown Sr. left briefly to bring the plaque and the dove so people could see them: 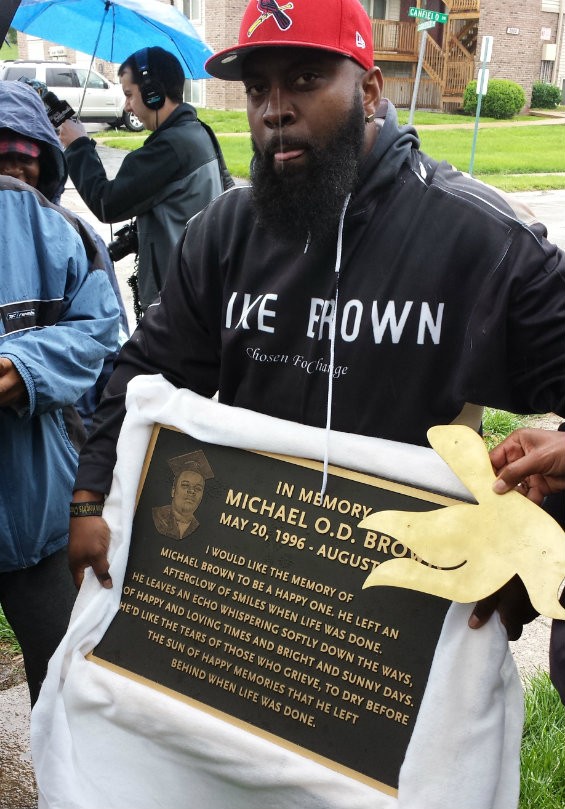 The inscription was chosen with the help of Brown Jr.'s mother, Lesley McSpadden.

There was a brief scuffle after the same man who had been taunting the cleanup crew returned. Private security guards and a Ferguson police officer had to pull the man off to the side. He was briefly handcuffed, but eventually allowed to go home:

After he walked off, another man appeared and apologized to the workers on his behalf: "He's just emotional."

The items from the memorial were loaded onto a UHaul and will be stored by the St. Louis Urban League.

And just like that, Canfield Drive became just another street: 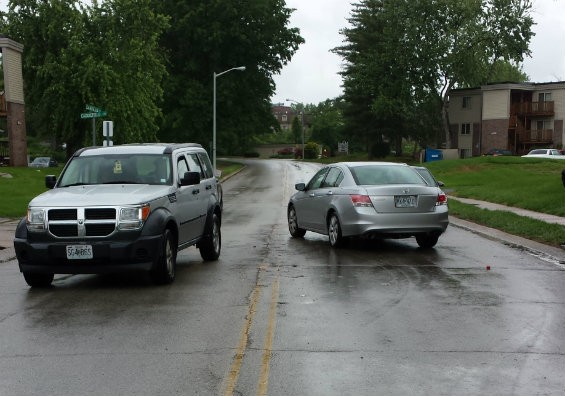