In a 51-page report, Joyce closed out her office's "independent and thorough review" of the October 8 shooting, which led to angry protests and calls of a cover-up just two months after Michael Brown was shot by an officer in suburban Ferguson.

The officer has said that Myers shot first -- and while no eyewitnesses to the entire incident could be found, the Circuit Attorney's investigators found numerous people in the Shaw neighborhood that evening who distinctly recalled hearing fire from two guns. Ballistics reports also concluded that a Smith and Wesson found near Myers' body matched three bullets and four cartridge casings on the scene, while a witness identified Myers -- a.k.a. "Droop" -- as the man who'd stolen the Smith and Wesson from him in the previous month.

A number of witnesses who might have provided a different story refused to cooperate with the investigation, the report notes. 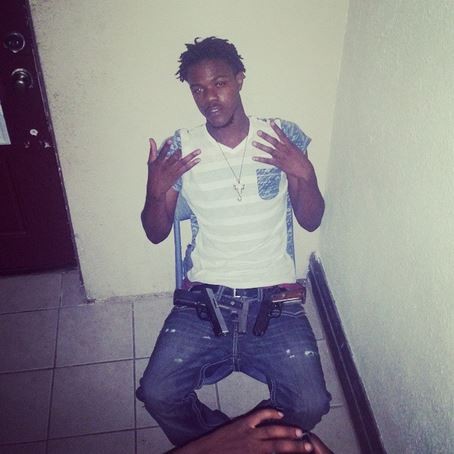 Three men who were with Myers on the day of the incident initially agreed to be interviewed with their attorneys present. They later sent word through those lawyers that they would not speak after all. After being subpoenaed, two asserted their Fifth Amendment right not to testify. The third man could not be located, the report says, despite multiple attempts on the part of prosecutors.

Meanwhile, the private pathologist hired by Myers family, Dr. Cyril Wecht, was also served with a subpoena, the report says, but "did not appear, nor did he provide any documentation of the autopsy, as required by the subpoena."

The report continues: "To date, Dr. Wecht has not produced a report or documentation related to his findings." (Wecht did not immediately return our call seeking comment.)

Interestingly, the report seems to disprove a key part of the officer's narrative. (He, too, declined to be interviewed by the prosecutors, so they relied on his interview with SLMPD investigators.) The officer was certain that Myers was the same young black man he'd seen a few moments earlier, dribbling a basketball and holding his waistband as if he had a gun.

But Myers was wearing a GPS tracking device that night, thanks to a previous arrest for unlawful use of a weapon and resisting arrest. "Based on this GPS information, it appears Myers was not the person [the unnamed officer] was chasing on Castleman Ave., east of Klemm St.," the report concludes.

Instead, the GPS shows that Myers was at Shaw Market, where he purchased a sandwich at 7:13 p.m., then walked to a home on Castleman. At 7:21 p.m., he left that home. Three minutes later, he was confronted by the officer; one minute after that, he was dead.

One witness in the Shaw neighborhood provided a rebuttal to TV news coverage in which witnesses claimed Myers had been screaming for the officer to stop shooting. The witness, who lives nearby, said he/she heard three shots from one gun, followed by 17 from another, and curled up on the couch and started screaming "Stop!"

"This witness claims to have called the TV station, wanting to correct the story [about Myers' screaming]," the report notes. "The witness told [the Circuit Attorney's staff] that Myers never screamed at all; that, in fact, the witness was the one screaming for the shooting to stop."

The same witness also provided a harrowing detail from just after the shooting. When the shooting subsided initially, this person reported crawling out to a balcony. There, the witness saw the officer "standing with his gun pointed toward the gangway. ... [T]he officer appeared frozen. ... This witness retrieved a flashlight and shone it on the body in the gangway. The witness saw a young African-American male lying on his side."