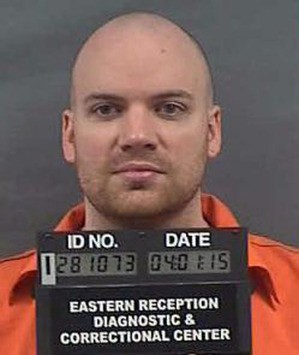 The senior pastor of a North County St. Louis megachurch has dropped his lawsuit against the four former congregants who publicly criticized him in the aftermath of serial child molester Brandon Milburn's 2014 arrest.

As described in a Riverfront Times investigation published last week, Milburn worked at First Christian Church of Florissant, or FCCF, as a paid intern and volunteer youth minister at various times from 2005 to 2012. County prosecutors charged Milburn last year with seven counts of statutory sodomy.

The charges came after two men accused Milburn of abusing them numerous times between 2007 and 2009. Both victims met Milburn through their family's ties to the church. Both were eleven years old when Milburn began molesting them.

However, questions arose about what FCCF senior pastor Steve Wingfield knew about Milburn back in 2012. A publicly disseminated "case study" written by an FCCF Sunday School teacher accused Wingfield of ignoring multiple warnings about Milburn's behavior around young boys and teens; in response, Wingfield sued the case study's author, as well as three other former FCCF members, for defamation.

"This lawsuit is offensive to Missouri's public policy of preventing child abuse, it is contrary to the United Stated Constitution, and it is morally wrong," wrote attorney Nicole Gorovsky last week, criticizing Wingfield. Gorovsky represents Dawn Varvil, who claims that in 2012 she met with Wingfield and described in detail Milburn's propensity to sleep in the same bed with a 13-year-old boy, as well as reports that Milburn had exposed himself to other teen boys. 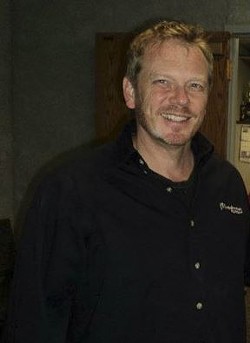 "I believe this was an attempt to silence us that failed," Titus Benton, who co-authored the case study, told Daily RFT in an email. "This situation was never about us, and I'm embarrassed that the legal issues made it seem so. This has always been about advocating for victims. While we're glad the lawsuit has been dropped, there's still a lot of important work yet to do for the church in Florissant."

In statements to the St. Louis Post-Dispatch, Wingfield characterized the lawsuit as "an effort to seek temporary relief from individuals publishing and promoting a false accusation."

According to the legal filing, the lawsuit from Wingfield and FCCF was dismissed because they "have invited an independent Christian mediation process and as a sign of good faith."

Gorovsky, Varvil's lawyer, has stated that her client has not been in any mediation talks with Wingfield and is unsure what Wingfield is referring to as "an independent Christian mediation process."

We've reached out to Wingfield through his lawyer for further comment. We'll update the story if we hear back.

For the full background on this lawsuit -- as well as the deeply disturbing saga of Milburn's predatory campaign against children connected to FCCF -- make sure to read last week's Riverfront Times feature story: A Youth Minister's Downfall Is Tearing First Christian Church of Florissant Apart

Everyone is celebrating that the lawsuit was dropped. I'm not. Everyone thinks this is a step towards reconciliation. I don't. Everyone thinks the church can move forward now. They can't. In my view, this lawsuit was simply a failed attempt to bully those trying to bring the truth to light. I do not believe that dropping it was in good faith, it was an attempt to save face. And it was a good business move. It never would have held up in court because it was frivolous and unconstitutional.

If the church wants to take a step forward the pastor can admit his negligence and offer recompense. If he wants to move forward, he should initiate an internal investigation and put together a crisis response team for direct and collateral victims of the spiritual, emotional, and sexual abuse that occurred under his leadership.

Steve made this about him, about me, about the other defendants in the suit. This issue for me has always ONLY ever been about the victims and how to best serve them. This isn't just about Steve's failures. It is also, maybe even more so, about how the church FAILED so many after Milburn was arrested and pleaded guilty to seven counts of statutory sodomy involving members of FCCF. The only way for us to reconcile and move forward is for Wingfield to move from a place of defense to a place of humility, and actually serve the broken, the disenfranchised and the wounded. In Jesus name. Not his.