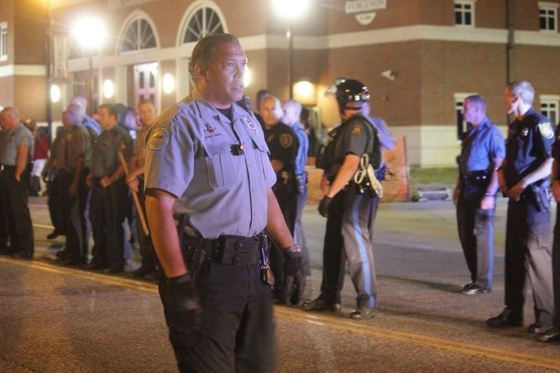 House Bill 762 -- the Missouri bill that would at minimum make it impossible to obtain police video until after a case is closed, and at worst would prevent the public from ever accessing such footage -- failed to make it out of the Senate Committee on Transportation, Infrastructure, and Public Safety yesterday morning. That suggests the bill is dead, at least for now.

The legislation was introduced after calls for police officers to wear body cameras following the shooting death of Michael Brown in Ferguson last summer. But the language may have applied to all police-obtained video, including dash cam footage.

The bill was adamantly opposed by both the Missouri Press Association and the ACLU of Missouri.

"We are relieved that this version didn't move forward," says Doug Crews, executive director of the MPA. "We think Missouri needs guidelines in this area, but we don't think closure of the records should be the starting point."

Two different bills were introduced in the Missouri House and Senate that would have made police-obtained video more difficult to access. The Senate version, sponsored by Sen. Doug Libla, would have prohibited state government from requiring that police officers wear body cameras, and made any video recordings exempt from the Sunshine Law. Only civilian review boards would be permitted to see videos. However, Libla's bill was kicked to the "Informal Calendar" back in March and has languished there ever since.

The other version, sponsored by Rep. Galen Higdon, was passed by the House last week, and arrived for a hearing with Senate Committee on Transportation, Infrastructure, and Public Safety.

But Crews, who was in the Senate gallery yesterday, says committee chairman Libla read out three bills that are moving forward and it did not include Higdon's.

"He announced that was most likely to be the last meeting of the committee," says Crews. "I think that'll be the end of the bill for this session."

Neither Higdon nor Libla returned messages yesterday asking about the end of the body cam bills, but back in February, Higdon told Daily RFT the intent of his bill was not to seal police video recordings for good.

"My intent with this bill is not to protect wrongdoers, it's to protect evidence collected from the act. Once it has no more evidentiary value, under Sunshine [Law] they're capable of being released," he said at the time.

The ACLU argued that the language of Higdon's bill was too broad.

Crews speculated that because the issue is such a contentious one -- both the MPA, the editor of the Columbia Daily Tribune and representatives of the Missouri Broadcasters Association testified against it -- that perhaps the lawmakers decided there was simply not enough time left in the session to take up the bills, make it through debates and accept all the inevitable amendments. The final day of this session is May 15.

But Crews knows the issue is not going away. He says that he would welcome the opportunity to work with anyone in the state legislature who wants to craft a body cam bill.

"We're certainly willing to be a part of any discussions of legislation on this topic and I would imagine during the interim, until next January, we will probably be getting together with some of the interested parties," he says. "We continue to make the point about accountability to the public."

Read the Missouri Press Association's announcement about the bill below:

House Bill 762, sponsored by Rep. Galen Higdon, R-St. Joseph, did not emerge from the Senate Committee on Transportation, Infrastructure, and Public Safety Thursday morning, May 7. As a result, the bill appears to be dead for this legislative session in Jefferson City.

HB 762 would have closed police dash-camera and body-camera videos to the public unless there was a court order to open the videos.

Testifying Wednesday, May 6, against the bill in committee were MPA President Jim Robertson, editor of the Columbia Daily Tribune; MPA Executive Director Doug Crews; and two members of the Missouri Broadcasters Association from Springfield and Columbia.

The Missouri Press Association has been engaged with this issue since the beginning of the current legislative session. Its position is police videos should be considered "investigative reports" and eventually be open to the public with narrow exceptions.

MPA thanks its newspaper members who contacted state representatives and senators about this issue. MPA staff will continue to monitor all legislative matters until the current legislative session closes 6 p.m. May 15.