Inmate Trusted to Transport Himself from One Prison to Another; It Does Not Work Out 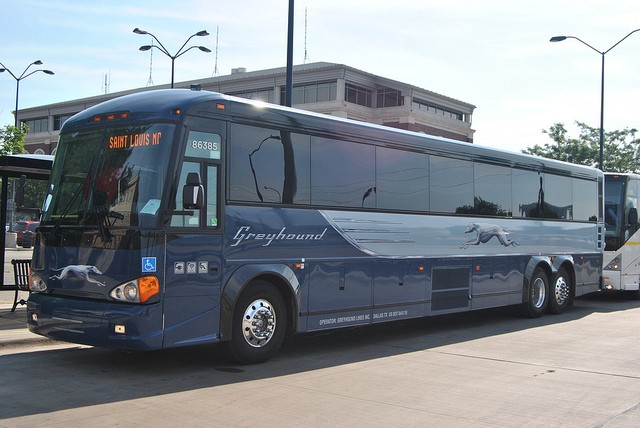 According to his attorney, Kim T. Collins was doing great in prison. So well, in fact, that his security level was lowered and he was considered to be a "low-risk" inmate.

Because of that, he was granted a transfer from the Federal Correctional Center in Forrest City, Arkansas, to the United States Penitentiary in Marion, Illinois, to be closer to his family. The Federal Bureau of Prisons had so much faith in Collins they decided, heck, he can just take himself. They booked him some Greyhound bus tickets, gave him some "walking around money" according to Collins' attorney, and opened the gates.

Well, Collins' 247-mile journey did not go according to plan. Depending on who you ask, it was either his fault or it wasn't, but the end result is the same -- he just pleaded guilty to escape for cooling his heels for six months at his girlfriend's house in Alton.

In 2012, Collins had been indicted on five counts of dealing crack cocaine in Marion County, Illinois. He pleaded guilty and was sentenced to about 11 years in prison.

But he was not a violent man and apparently proved to federal authorities that he was trustworthy. Edmond Ross, spokesman for the Federal Bureau of Prisons, could not comment specifically on Collins' case, but said that unescorted transfers, or "furloughs," are extremely common.

"It's a cost-effective way to transfer an inmate," he says. "They're minimum security inmates, they don't pose a risk to the community and it's just cheaper."

(James Porter, spokesman for United States Attorney for the Southern District of Illinois Stephen R. Wigginton, feels differently about the practice. "I find it a little strange," he says.)

According to Phillip Kavanaugh, Collins' federal public defender, Collins had every intention of following his itinerary, but when he got to the Greyhound station in St. Louis he had no ticket waiting for him to get him the rest of the way to Marion.

"The bus ticket was basically lost. He made a few phone calls to the institutions, which nobody paid attention to, and so he just went home," says Kavanaugh. "He called a couple other times to see what he should do and decided to furlough himself permanently."

Collins phoned his girlfriend in Alton, who picked him up at the bus station and took him back home. Then he enjoyed six months as a free man before the U.S. Marshals came knocking.

Asked about the long delay in recapturing Collins, Porter hypothesized that the marshals were just too busy.

"The marshals are great trackers of fugitives, of hunting people down, but there are a lot of people to hunt down unfortunately," says Porter. "My guess is they got around to it as soon as they could."

Collins' six-month vacation could cost him up to five extra years behind bars and $250,000 in fines. He'll be sentenced in August.

Kavanaugh concedes it was a bad idea for Collins not to make a bigger effort to alert authorities to the bus snafu.

"He just couldn't resist the temptation to go home," says Kavanaugh. "He's not a bad kid."