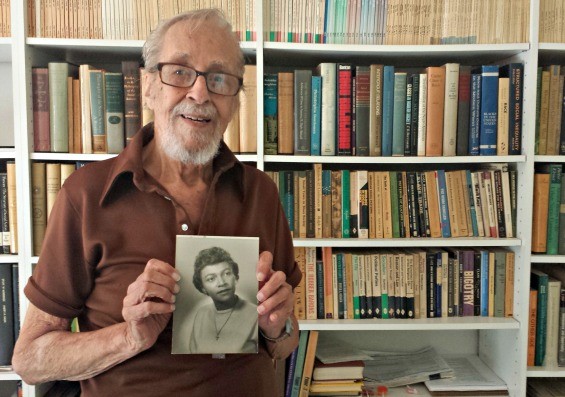 Harry and Carrie Bash's romance was not an easy one. At the time, interracial marriage (or "miscegenation") was illegal in Indiana, where they lived.

"We had to be very careful with police," recalls Harry.

He remembers that Carrie had two friends with very light complexions, and a cop pulled them over for riding with two black men, thinking they were mixing outside their race.

"They beat the crap out of them. Including the women," says Harry.

So they learned a few tricks. Carrie rode in the backseat of Harry's coupe, to make it appear he was taking "the help" home. He learned how to make quick left turns and disappear down alleys.

After they married (in 1958 New York City, where the union was legal), Harry's work as a sociology professor brought him to University of Missouri-St. Louis, and Carrie started her career with the St. Louis Urban League, where she eventually rose to vice president. In 26 years with the Urban League, Carrie Bash fought for equal rights in housing, education and jobs for black St. Louisans -- a legacy that Harry is concerned is being forgotten following her death on March 29. 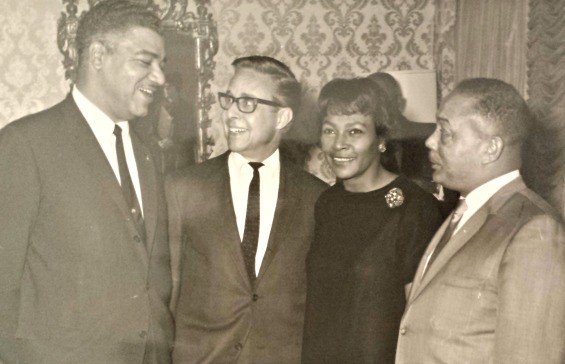 Carrie Eugenia Street was born in Kentucky and later moved with her family to Indianapolis. She'd completed some college courses and was working multiple jobs when she met Harry -- then a graduate student -- in 1955 at a dance at Indiana University. When they decided to get married, an attorney friend offered to represent them and fight the Indiana law all the way to the U.S. Supreme Court. They demurred and chose instead to marry in New York City.

"We just were not ready to go that public," says Harry. "We needed to deal with our respective families."

The couple moved to Philadelphia, and Carrie completed her bachelor's in sociology at the University of Pennsylvania.

"I was a rare enough sight on campus that students would turn around and stare. Sometimes students would come up and ask why I was where I wasn't wanted," Carrie told a newspaper reporter in 1971. "I wasn't a courageous student. I made no attempt to break down barriers or to crusade. But this didn't mean I was insensitive to the fact that people assumed I was inherently inferior."

After graduating, Carrie began her career with the Philadelphia Urban League and taught courses at Temple University, before Harry took an assistant professor job at UMSL and they moved in 1966. Harry recalls househunting with Carrie in St. Louis -- the realtor introduced them as "a professor at the university" and "a very attractive negress." 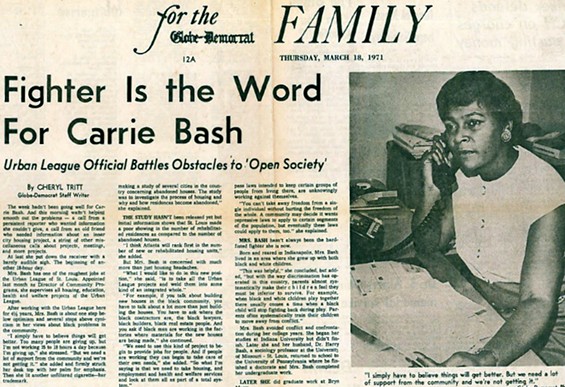 Carrie transferred to the St. Louis branch of the Urban League. There her primary focus was on housing, and she fought redlining practices that denied mortgages to black families trying to buy in white neighborhoods. She was instrumental in getting families into new homes in Kinloch, which was the first African American community to incorporate in Missouri. She also served as a spokeswoman for the Urban League and mentored at-risk youths by teaching them how to interview for jobs. She researched housing abandonment and standardized testing.

She was known for her fiery personality and her unfiltered cigarettes.

"You can't take away freedom from a single individual without hurting the freedom of the whole," she told the Globe-Democrat in 1971. "A community may decide it wants repressive laws to apply to certain segments of the population, but eventually these laws could apply to them, too."

There was a glamorous side to Bash's career as well, as she was instrumental in bringing celebrities such as Oprah Winfrey to the St. Louis area for Urban League's annual dinner. Here she is being honored at an EBONY fashion show: 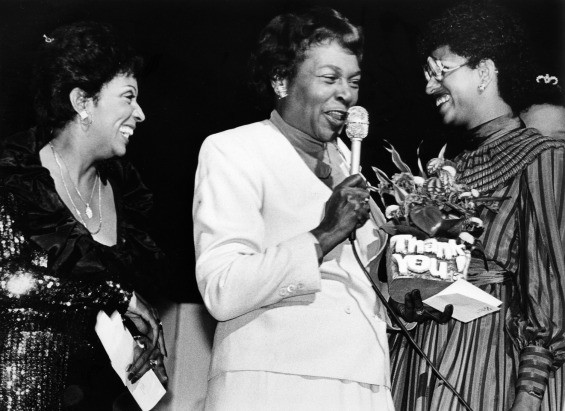 "Carrie was being considered by some of her very loyal supporters to replace [the] president of the Urban League, and that never happened," says Harry. "Partly because Carrie is the behind-the-scenes person who does all the hard work and organization."

After retiring as executive vice president from the Urban League in 1992, she continued serving on the St. Louis County Housing Authority board until 1999.

Her health began to decline in 2007 after she had to have one of her legs amputated. Harry became her sole caregiver as she developed Alzheimer's disease, which worsened until she died in her sleep on March 29. She was 96 years old.

Now, Harry worries that his wife's long, storied career with the Urban League, her work with Kinloch, and her mentorship of young black St. Louisans has been forgotten. When he contacted the Urban League to see if they wanted some of the awards they'd given her for posterity, no one currently in the administration remembered her, he says. He wants her former mentees, wherever they are, to know she has passed away.

"So far, no one has found out on their own that a person they might have thought mattered has died," he says. "What bothered me is Carrie is being dis-remembered."

He has many happy memories of his 56-and-a-half years with Carrie, and their hard-won struggle to be together.