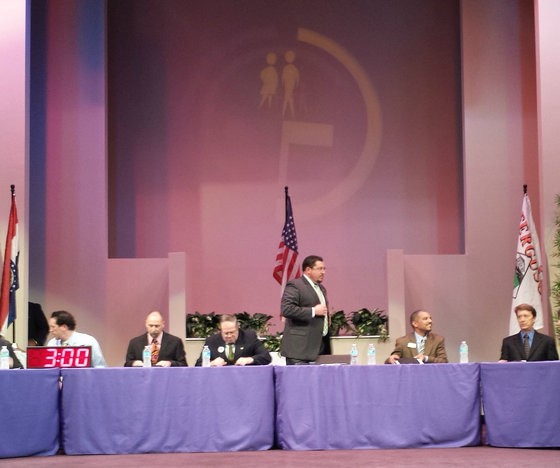 The citizens of Ferguson elected three new members to its city council yesterday, bringing its members from majority white to half African American.

"We could not be more ecstatic -- that means we're reaching our constituents," says Bell. "When you have a community that is engaged, the sky's the limit."

Though the council now has two new black members, interestingly, the candidates who aligned themselves most closely with the protest movement -- Lee and Hudgins -- did not prevail. Additionally, during the campaign, none of the candidates supported dismantling the Ferguson Police Department.

As hoped, turnout was about twice as high as past years, when candidates sometimes ran without an opponent or won by a handful of votes. According to the Post-Dispatch, 30 percent of the city's 12,738 registered voters turned out to the polls yesterday, despite the dismal weather.

Bell says he does not believe the new racial makeup of the council will only result in improved optics.

Here's the breakdown by the numbers:

Meet the three winners in the following video profiles from the Post-Dispatch: