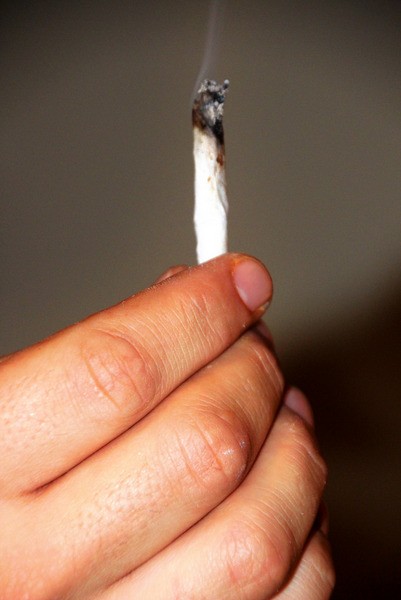 Police evacuated the Oakville Post Office and called in the bomb squad Monday after an unknown man deposited a large metal container by a nearby lamp post.

St. Louis County police sent its arson and explosives unit to the Dierbergs shopping center on Telegraph Road after a witness reported seeing a man drive up to the post office, leave the metal container on the ground and drive off.

"Luckily it was much ado about nothing," police spokesman Brian Schellman tells KTRS (550 AM). "What they found was just a metal cylinder with basically a joint or blunt inside of it."

Schellman told Daily RFT the joint was "burnt," but he wasn't sure whether it had previously been partially smoked.

See also: 5 Reasons Why Getting Marijuana Delivered in the Mail is Awesome

Police evacuated the post office and the Chinese restaurant next door before sending an investigator dressed in bomb-proof suit to X-ray the container. The bomb scare ended almost two hours later when police realized the container's contents were more likely to blow their minds than to blow up the post office.

KTVI-TV (Channel 2) got the best picture of the large metal canister and black holster dropped off in front of the post office:

Investigators showed us the potential bomb. Some sort of metal container. #oakvillebombscare officially over. #stl pic.twitter.com/K6SyYDpMjN

Police are still searching for the brainiac who dropped his joint off at the post office.

(And so is Daily RFT. I'd love to know why you left your roach hidden on a south-county sidewalk, sir. Please email me. I promise not to turn you over to the fuzz: lindsay.toler@riverfronttimes.com.)