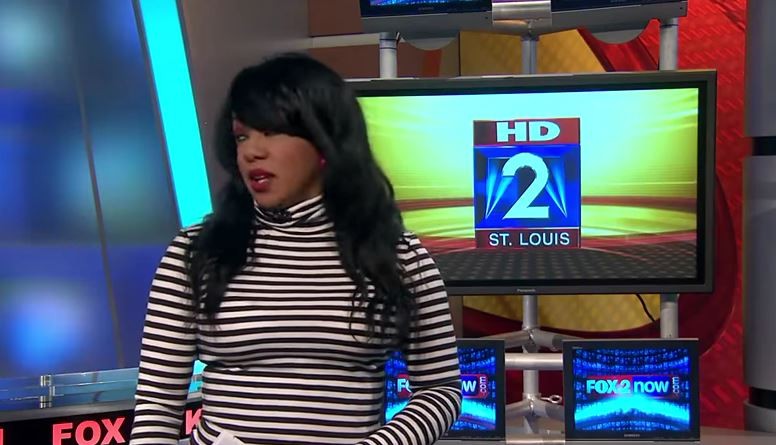 Almost 3 million people have watched KTVI-TV (Channel 2) anchor April Simpson stare down former colleague Tim Ezell for calling her the Hamburglar after a video from the news broadcast went viral this week.

Ezell, the wise-cracking former anchor who left KTVI last summer to pursue ministry, keeps a straight face to the camera when he calls his friend Simpson Hamburglar on air -- a reference to her black and white striped turtleneck, which matches the McDonald's cartoon character's fashion choices.

But when the camera cuts to Simpson, who is supposed to deliver the day's headlines, she flashes a "Really?!" look at Ezell before the two start giggling.

"It's your birthday, I'm going to let it pass," Simpson tells a guffawing Ezell.

"Thank you," he responds from off-camera.

"No, I won't, I'll get you later," Simpson says. Simpson's ability to balance her amusement, annoyance and incredulity with both a smile and scathing side-eye drew the notice of actor Kevin Hart, who posted the video onto his Facebook page with just one word of description, in all caps: "WHOA..."
Post by Kevin Hart.
The video went viral once Hart posted it, which is great because it means Simpson is her own meme now.