Bert, the beloved grizzly bear at the Saint Louis Zoo, has died.

The zoo humanely euthanized Bert Tuesday after a veterinary exam showed irreversible age-related problems that limited his mobility. He was 25 years old.

"We are saddened by the loss of Bert, who has been a great bear for many years," said Steve Bircher, curator of mammals/carnivores at the Saint Louis Zoo in a statement. "He lived and died with dignity." 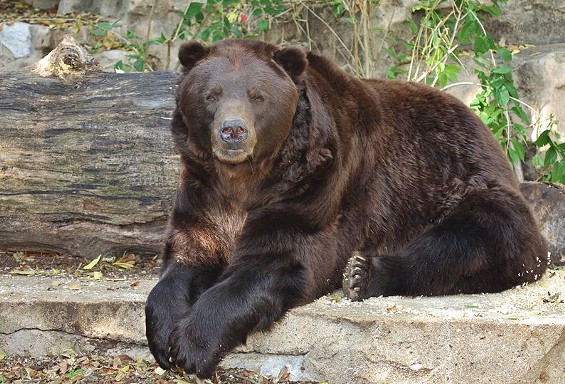 The Saint Louis Zoo rescued Bert and Ernie, two grizzly bear brothers, from certain death when they were orphaned in Alaska as cubs. An Alaskan wildlife agent shot their mother when they were less than one year old because she was raiding suburban homes near Anchorage. When the rescued cubs outgrew their space at the Anchorage Zoo, officials spread the word that the cubs would be put down unless they could find a permanent home.

In 1991, when the cubs were just a year old, Saint Louis Zoo brought Bert and Ernie to St. Louis for good.

"The cubs were instant favorites at the Saint Louis Zoo before they even arrived," said Bircher. "Visitors, staff and volunteers alike have taken them into their hearts through the years."