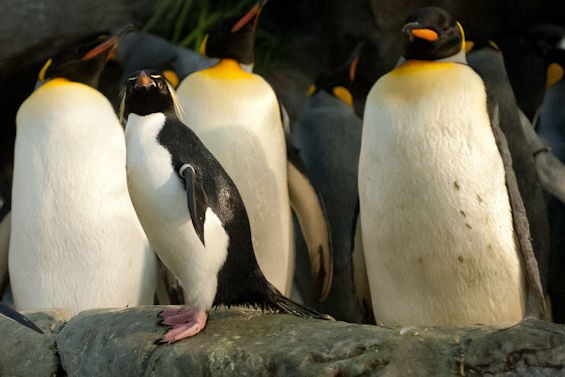 The wait is almost over, St. Louis.

It's been a year and a half since the Saint Louis Zoo closed the popular Penguin & Puffin Coast exhibit temporarily to make way for a brand-new polar bear exhibit. This week, the zoo re-opens the penguin and puffin exhibit, allowing visitors to reconnect to St. Louis' gentoo, rockhopper and king penguins and horned and tufted puffins.

The penguin and puffin habitat officially opens at 10:30 a.m. on Thursday, March 5. In honor of the re-opening of one of the coolest parts of St. Louis city, here are nine reasons why we can't wait until Thursday:

It's been forever. The exhibit closed in September 2013 so construction could start on the new polar-bear exhibit, which brings us to our next point...

There's a new polar-bear exhibit. McDonnell Polar Bear Point, which is next door to the penguin habitats, will open in summer 2015. It's supposed to look like this: The weather is perfect. The Saint Louis Zoo keeps the penguin house at 45 degrees for the comfort of its feathered inhabitants, and the temperature can be quite a shock in the summer, when sweaty zoo visitors brave the low temps in short sleeves and sundresses. But this early spring weather means you'll already be bundled up enough for optimum penguin-gazing time.

There's going to be a parade. King and gentoo penguins will lead the way at the 10:30 a.m. parade on Thursday, and there's just nothing cuter than that.

Everyone will totally understand if you call in "sick." It's like Opening Day at Busch Stadium, but with penguins. Why would you not be there?

There will be fewer penguin-related tantrums. Nothing is worse than trying to explain to an exhausted toddler desperate to see the penguins that the zoo's exhibit is closed, and it's led to some epic kiddie meltdowns by the sun bears. 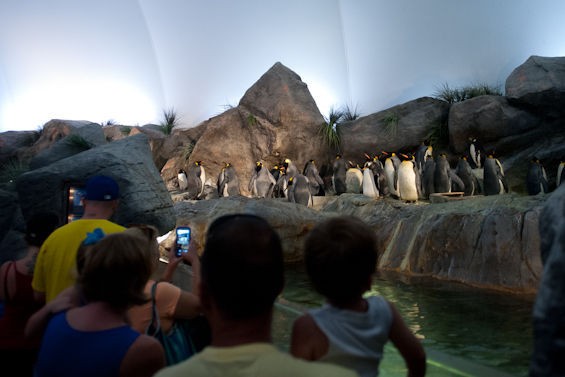 You don't have to see them via webcam or on special behind-the-scenes tours anymore. Remember that time a St. Louis penguin bit then-presidential candidate Newt Gingrich on the finger during a backstage tour? That happened.

There's so much to learn. We've already forgotten the difference between the horned puffin and tufted puffin. Teach us!

Penguin & Puffin Coast is still free. Just like the zoo itself.