Todd Akin Considers Running for Senate, Is Working on a Mysterious "Invention" 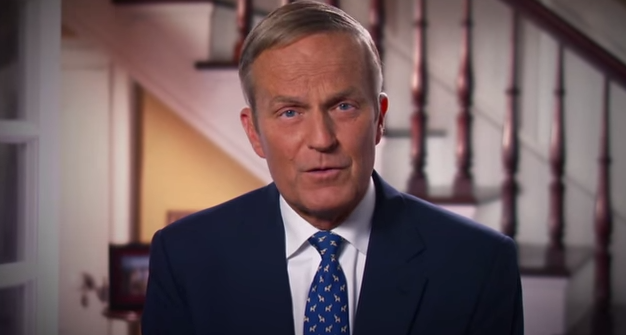 Todd Akin, the former Republican congressman who famously wrecked his 2012 Senate bid by taking an unintelligible stance on "legitimate rape," says he may challenge Senator Roy Blunt for his seat in 2016.

In an interview with U.S. political news site The Hill, the GOP pariah says he's considering another bid for the Senate.

"I have not ruled anything out," Akin told The Hill Wednesday.

Missouri Republican support for Blunt is weak, says Akin, who wants to move the party's platform away from economic issues and toward social issues, such as abortion.

"I think there is a high level of dissatisfaction among conservatives, that they have, to some degree, been pushed out of the Republican Party," Akin told The Hill. "The sentiment is there. The Tea Party is skeptical and wants some fresh blood, not just the same establishment guys."

It's no wonder Akin would rail on the "establishment guys." They're the ones who turned on him -- an even "aggressively attacked" him, Akin says -- after his epic flameout in 2012 when he said women don't get pregnant after "legitimate rape" because "the female body has ways to try to shut that whole thing down."

"This new approach under [Republican political consultant Karl] Rove's leadership has party bosses picking the candidates, it's not a grassroots thing that comes up through the party," Akin says. Akin says he wants to be that grassroots candidate and tells The Hill his potential challenge to Blunt is nothing personal.

Last summer, Akin took back his apology for his "legitimate rape" comments in a book, Firing Back: Taking on the Party Bosses and Media Elite to Protect Our Faith and Freedom. Akin says his comments were purposefully misinterpreted.

"My comment about a woman's body shutting the pregnancy down was directed to the impact of stress on fertilization," Akin writes in the book. "This is something fertility doctors debate and discuss. Doubt me? Google 'stress and fertilization,' and you will find a library of research on the subject."

While Akin is talking a big game, it seems unlikely that he'd ever get the support to unseat Blunt, let alone beat Democratic candidate and current Missouri secretary of state Jason Kander, who announced his candidacy last week.

Luckily, Akin has a few fallback projects to work on in case his Senate bid doesn't work out. In additional to political writing and speaking, Akin is working on an invention, which he described to The Hill as a "simple household device that might help people."

What a tease, Todd! Please tell us you're working on the Legitimate Rape Detect-O-Meter 3000 with special pregnancy-preventing lasers.