If you're driving around town with hundreds of grams of weed in your trunk, here's some free advice: Think twice before taking a leak in public, especially when your house is only a three-minute drive away.

A Florissant man faces a felony drug charge after police discovered more than 375 grams of marijuana in his car, according to St. Louis County circuit court. 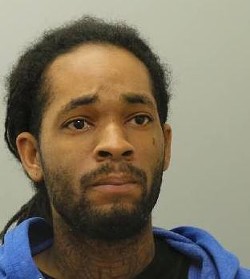 Police discovered 23-year-old Nicholas Carter (no, not the Backstreet Boy) asleep in his car in front of a stranger's house in the 700 block of Watersedge Drive in Old Jamestown on October 18.

Neighbors had called police to report Carter for using their front yard as a toilet, and he was still there, passed out in his car, when St. Louis County police officers arrived awhile later, according to charging documents.

Police reporting spying some weed in Carter's cup holder, and a search of the car revealed a suitcase filled with 378.4 grams of marijuana.

Carter was busted only a mile away from the home address he gave police, in the 2900 block of Rexford Creek Court in Florissant.