"Zoo" Is The Most Popular Word in Online Dating Profiles in Missouri, But Why? 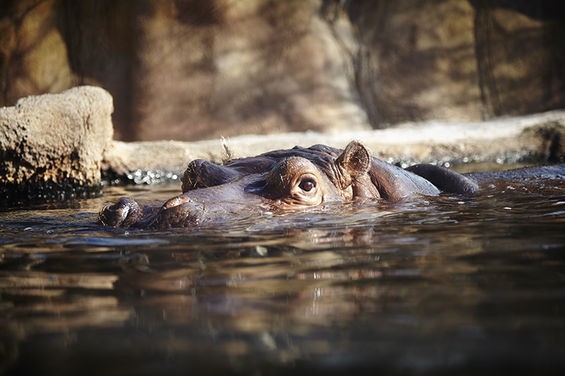 At first glance, Mashable's map of the most used words on Match.com dating profiles, organized by state, makes a lot of sense.

Texans and Oklahomans are talking about oil to potential dates, of course. Floridians mention Disney more than anything else, and Indianans overwhelmingly list NASCAR in their online dating profiles. For three of Missouri's neighbors -- Iowa, Nebraska and Kansas -- the most popular word is "farm." No surprises there.

But the most popular word used in Missouri is a bit of a stumper. Why, Missourians, are we putting the word "zoo" in our online dating profiles?

Mashable built its map based on Match.com's analyzation of thousands of online dating profiles across the country. As Mashable explains, researchers "broke down which words are used with relative frequency in certain states, as compared to relative infrequency in the rest of the country." That's why popular terms like "dog lover" or "laid-back" aren't all over the map.

So why does the word "zoo" appear in Missourians' dating profiles with a higher relative frequency than anywhere else in the country? Daily RFT can only assume it's because so many St. Louisans love to go on dates at our world-class, free zoological park, the Saint Louis Zoo.

We're not alone in thinking our zoo is top-notch. In August, TripAdvisor's Traveler's Choice Awards named the Saint Louis Zoo No. 4 in the world, between No. 5 Singapore Zoo in Singapore and No. 3 Loro Parque in Spain. Only two zoos in the country ranked higher than the Lou's: Henry Doorly Zoo in Omaha, Nebraska, and the San Diego Zoo.

Zoo supporters put up a hell of a fight last June trying to vote st. Louis to the No. 1 spot in USA Today and 10Best's list of the top zoos in the country. Despite a record number of votes, St. Louis came in as the runner-up behind the Toledo Zoo.

And earlier this month, Daily RFT shared a story about the Saint Louis Zoo's impact on the Cincinnati Zoo, which named a three-month-old lion cub for the Swahili word for compassion, Huruma, in honor of Becky Wanner, a lion keeper who worked in St. Louis before dying of cancer two years ago.

So for all the people out there wondering why Missourians use the word "zoo" so often in their dating profiles, take it from us: St. Louisans love their zoo.

Either that, or there's some freaky new local sex trend we haven't discovered yet. Someone enlighten us, please?