"Move This Cat To the Suburbs" Fundraiser Aims to Save Foster Pet from St. Louis Crime 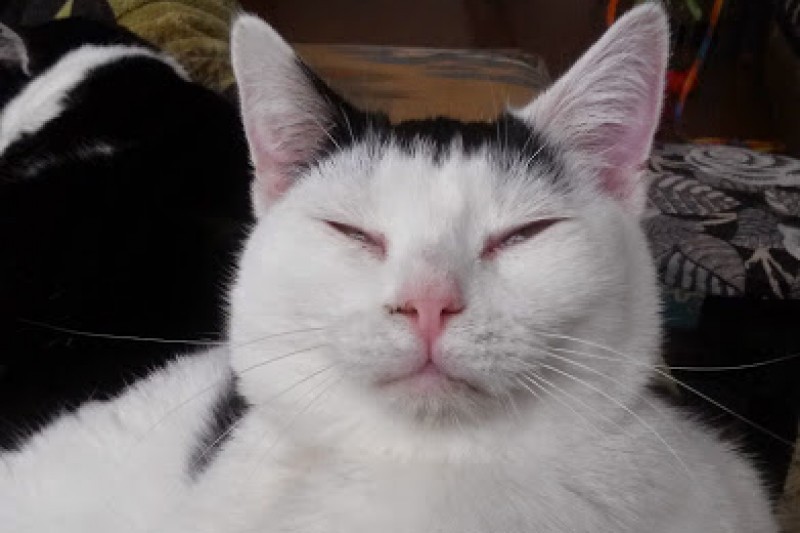 Debus, 31, is over the armed robberies, burglaries and car break-ins she's seen in her neighborhood, Tower Grove South, since she moved there two years ago.

"Our apartment building keeps getting broken into," says Debus, who lives in the 3900 block of McDonald Avenue. Her downstairs neighbor was robbed again Sunday, and burglars took his laptop and television. "He's on first-name terms with the crime lab now."

Debus also wants to save her eleven-month-old foster cat Alonso -- "Hans" for short -- from "slumming it" in the city.

"Please show Hans a new way of life, a safe one he can enjoy away from the criminal element," Debus writes on a GoFundMe fundraiser she launched to move out of the city. "He wants a top notch education, lower insurance rates and an escape from the stresses of city life."

Debus started her fundraiser, titled "Move This Cat To the Suburbs," with hopes that St. Louisans will help her "give this little orphan 'child' a better life." After all, everyone in St. Louis knows someone who escaped to the county to flee crime rates and failing schools.

"It's just the joke with St. Louis," says Debus, who is originally from Houston. "It seems like people who live further out west have this idyllic view of how it is out there. They probably do have less to worry about out there."

Debus offers potential donors six "sponsorship levels" to choose from, ranging from the "Basic Bitch" $5 donation to the "Kanye Level" $500 donation, which comes with a plain white T-shirt designed by Jeezy, a.k.a. the one already hanging way in the back of your closet.

While Debus has her tongue firmly in cheek when asking for money to save her beloved foster pet, she's dead serious about getting both of them to a safer neighborhood.

More than a year ago, Debus was robbed at gunpoint in front of Friendly's Sports Bar & Grill, less than half a mile from her home. Now, Debus is worried repeat criminals will break into her upstairs apartment once they realize her neighbor downstairs has been cleaned out. Neighbors on the block behind Debus say they were broken into several times in January.

"This is the nicest neighborhood we can afford," Debus tells Daily RFT. "I do appreciate the community here. I appreciate that I can just walk around my neighborhood and visit friends. I can walk to most of the amenities I need. But it all comes at the expense of not feeling safe."

Debus' friends keep telling her to move, and a friend in Overland is looking for a roommate. But moving out of the city is harder than it seems.

"I work retail and I don't have a car," Debus says. "I can't afford one. That's just -- it's so out of my reach. I keep living in crummy spots because that's what I can afford. Just telling me to move? That takes money and transportation."

A day after starting her online fundraiser, Debus has only raised $10. If she wants a county lifestyle, she'll need much more than that.

"I just want little Hans to get the nice school lunches out in the county," she jokes. "He needs to learn his alphabet by someone qualified."