Meet the St. Louis Woman Competing for a One-Way Ticket to Mars 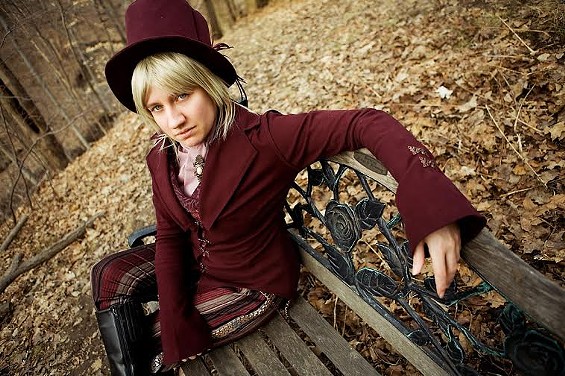 The day that Maggie Duckworth said her first word was not, until then, a special day.

Duckworth's family had just returned to her childhood home in Bridgeton after running errands -- Duckworth can't remember exactly what kind of errands -- when she stopped and turned her eyes to the sky.

"I pointed up at the stars, and I just said, 'Home,'" Duckworth, 30, tells Daily RFT. "They knew that I was destined for space."

Three decades later, as the only St. Louisan named as a finalist for the Mars One mission to build a human colony on the Red Planet, Duckworth feels her destiny may be coming true. A lifetime of peering through telescopes, making star charts and dreaming of space has prepared her to compete fervently for one of twenty-four one-way tickets to Mars.

"It's really a life-changing moment," Duckworth says. "It's a big decision, and it's not something I went into lightly. If they say, 'Hey, you can go tomorrow [to Mars]?' the answer is yes. There's really nothing I don't want about this."

This is the most awesome thing in my life...I've been wishing for this since my first word was 'home' while pointing at the sky. #mars100

Duckworth and 202,585 other humans applied to Mars One, a Dutch nonprofit determined to start emigrating humans to Mars by 2024. After two rounds of cuts, Duckworth is one of 100 finalists, along with 38 other Americans, 31 Europeans, 16 Asians, 7 Africans and 7 from Oceania. Duckworth credits her upbringing in the St. Louis area with inspiring her to aim for the stars.

"I don't think I would have had the drive that I had if I hadn't been from here," she says. "I know St. Louis has got a lot to offer. I really want the first group on Mars to have someone from St. Louis, at least the Midwest, represented."

Duckworth says trips to the St. Louis Science Center helped her better understand what she was seeing when she looked up at the stars. As a girl, she dreamed of flying like Charles Lindbergh, the St. Louis aviator who flew the first nonstop flight from New York to Paris in a plane named The Spirit of St. Louis.

"Even to this day, places like the City Museum continue to inspire me," she says. "If someone can do this, what else can we do?"

Before earning her spot in space, Duckworth will be tested on how well she can work in a team with other wannabe space colonists from around the world. Traveling to Mars and establishing settlements will require an extreme amount of teamwork, and Duckworth hopes the interplanetary cooperation will inspire humans on Earth to overcome conflict.

"They specifically want people to be on Mars from multiple countries so it's a universal thing," she says. "I think it is going to be an important point for the rest of the world. Maybe that can make an impact, if we can do it, if we can be united toward this common goal."

Duckworth, an electrical engineer, thinks her creativity, artistic nature and ability to keep herself occupied helped earn her spot in the top 100 candidates.

"One of the things nobody really considers is there's a seven-month journey to Mars" with only three other fellow settlers, Duckworth says. "We have to have hobbies that are going to allow us not to arrive completely bored out of our minds. We have to survive in isolation."