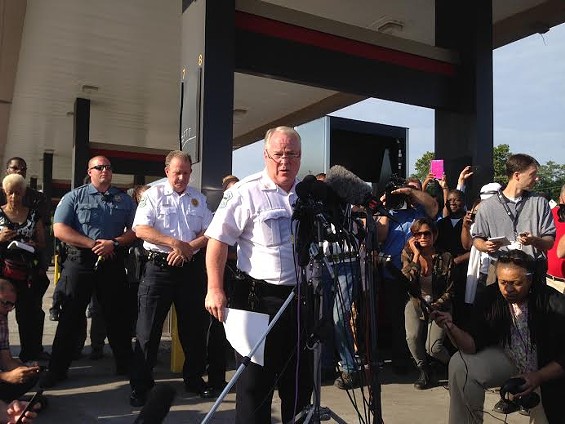 The U.S. Department of Justice may sue Ferguson police after uncovering a pattern of racially discriminatory tactics unless the department agrees to make changes on its own, according to a CNN report.

A local grand jury already elected not to indict Wilson with criminal charges in November. In January, Ferguson business owners, residents and the mayor sent a letter to Attorney General Eric Holder urging him to release the results of the federal investigations.

Holder told reporters this week that he expects to announce the results of the federal investigations into the shooting death of Michael Brown in Ferguson before he leaves his post in the coming weeks. Holder, the first black attorney general in the United States, and one of the longest serving members in President Barack Obama's cabinet, plans to step down once the legislature confirms his replacement.

"I think everybody will see when we announce our results that the process that we have engaged in is, as I said back at the time when I went to Ferguson, independent, thorough and based on all the facts," Holder said at the National Press Club. "And I am confident that people will be satisfied with the results that will be announced.

"I have received nothing new," Jackson told CNN. "Everything they suggested in the past has been reasonable, and we have tried to comply."

"The feds can make recommendations, or they can ask us to do things," Knowles told KWMU (90.7 FM). "To force us to do something, they have to sue us in court."

The justice department is expected to release a report outlining a pattern of discriminatory tactics used by Ferguson police to target racial minorities, according to CNN. Earlier this month, fifteen people who described themselves as "impoverished individuals" filed a lawsuit against Ferguson and nearby Jennings accusing the municipalities of jailing defendants because they couldn't pay traffic tickets, bench warrants and fees, in violation of the U.S. Constitution.