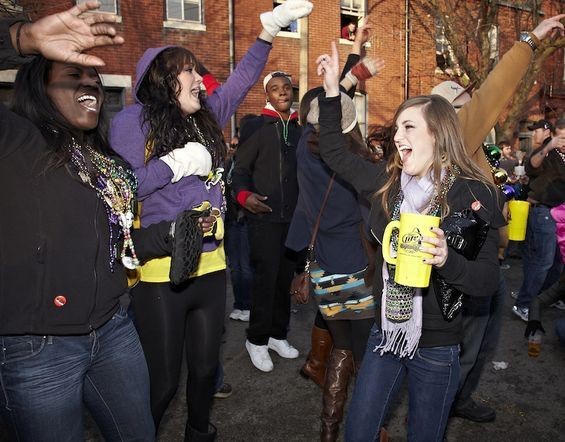 River City likes to celebrate Fat Tuesday the Saturday before, and Soulard is already decked out in purple, yellow and green for the festivities.

But before you and your krewe head to the "island," here are a few important Mardi Gras tips to keep in mind: 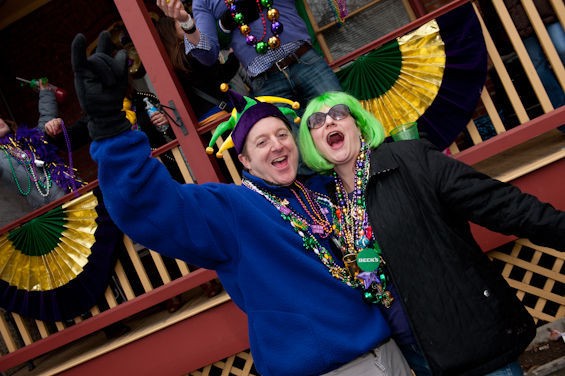 Don't get so caught up in one holiday that you forget about the other. If you plan to attend the weekend's festivities with that special someone, remember that he or she might be expecting a Valentine's gift from you. If you didn't get your Valentine anything, at least make a special effort to snag them some beads during the parade. 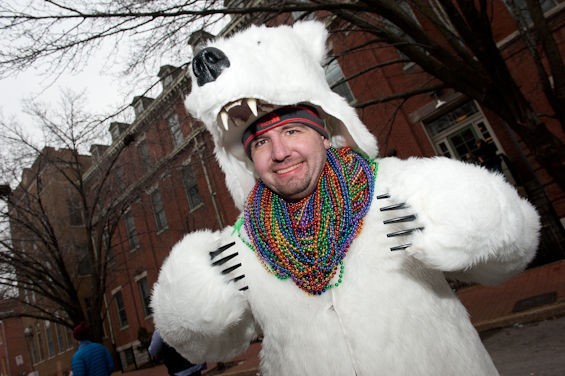 Temperatures on Saturday probably won't climb above the low twenties, according to the National Weather Service. As for snow, St. Louis probably won't see anything more than a light dusting, similar to what we woke up to on Thursday morning. Stay warm so you can party hard.

The shuttle takes revelers from the Civic Center MetroLink Station to Tenth and Marion streets in Soulard for $6. Kids under five ride for free. Here's a map.

@STLMetro trains will run until 1230 a.m. Saturday. "Let Metro do the driving for you. Be safe."

4. You can order a ride home with smartphone apps now

St. Louis still doesn't allow companies like Uber, Lyft or Sidecar to operate rideshares here, but there are a few apps that can help you order a car home if you're too drunk to drive. There's Uber's black car service UberBLACK, Carmel, Yellow Cab and County Cab all have apps that allow you to watch your ride approach from your smartphone. 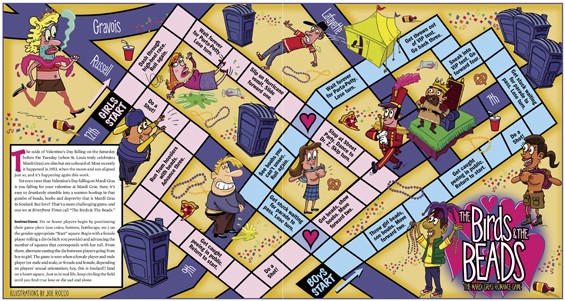 Got some downtime between swigging Hurricanes and snagging beads? Bring along some dice and play our board game the Birds & the Beads, inspired by the Valentine's Day/Mardi Gras craziness happening this weekend. Or bust out that OG RFT classic, Mardi Gras Bingo.