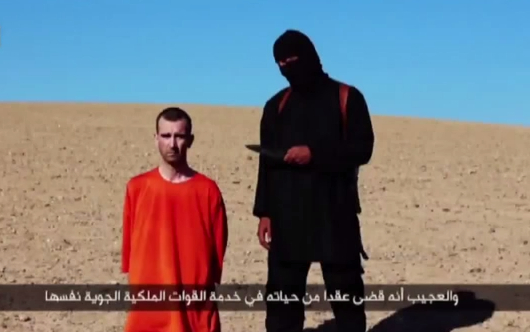 After almost a year of fundraising and sending tactical gear to terrorists with the Islamic State and al-Qaida, the Bosnian refugee living in St. Louis with his wife and family could think of only one additional item a wanna-be terrorist needed before joining the bloody fight in Syria and Iraq: a $540 night vision optic, so that when he killed someone he'd be able to record it and show supporters.

Hodzic made this gruesome suggestion to a fellow Bosnian native and New York resident, Nihad Rosic, in April 2014, just before ISIS seized Fallujah, Tikrit and Mosul, Iraq's second most populous city. In July, Rosic tried to board a Norwegian Airlines flight out of JFK International Airport to meet another Bosnian man who'd lived in St. Louis and was now fighting with terrorist groups in Syria and Iraq.

That's according to the documents the U.S. Attorney's Office released Friday outlining terrorism charges against six Bosnian immigrants, including three living in St. Louis. All six face charges of conspiring to provide material support and resources to terrorists and with providing material support to terrorists. Hodzic and Rosic are also charged with conspiring to kill and maim persons in a foreign country.

The eighteen-page indictment accuses the defendants of sending money and other supplies -- sometimes bought here in St. Louis -- including combat boots, tactical gear, firearms accessories, range finders and rifle scopes to the terrorists who've blazed a violent trail through the Middle East.

The alleged conspirators used Paypal and Western Union to funnel money ranging from a few hundred dollars to $2,000 at a time to the terrorist organizations, including al-Qaida in Iraq, al-Nusrah Front and the Islamic State of Iraq and Syria, through contacts in Turkey and Bosnia and Herzegovina.

The conspirators collaborated on Facebook and via e-mail to gather and send funds and supplies, according to the Department of Justice documents. On Facebook, they posted videos, status updates and private messages with updates on the fight in Iraq and Syria starting in early 2013, using code words, including "brothers," "lions," "Bosnian brothers," "mujahids" and "infidels," to disguise their work. When they Facebooked about Syria and Iraq, they called it "the beach," according to the indictment.

If convicted, the six suspects -- St. Louis residents Hodzic, his wife Sedina Hodzic and Armin Harcevic; Mediha Salkicevic, of Schiller Park, Illinois; and Jasminka Ramic of Rockford, Illinois; and Rosic -- face up to 15 years in prison and/or fines up to $250,000 for each conspiracy count. Ramiz Hodzic, who goes by the name Siki, and Rosic face life in prison for conspiring to kill and maim people in a foreign country.

The Bosnian community in St. Louis, which boasts more Bosnians than any city outside of Bosnia, condemned the conspiracy.

"We as a community are in shock and condemn any acts of terrorism as well as supporting any of it," the United Bosnian Association said in a statement. "As with any group of people there are some that do harmful things to society, unfortunately we have those as well. As with any other criminals the law and the system will bring them to justice."