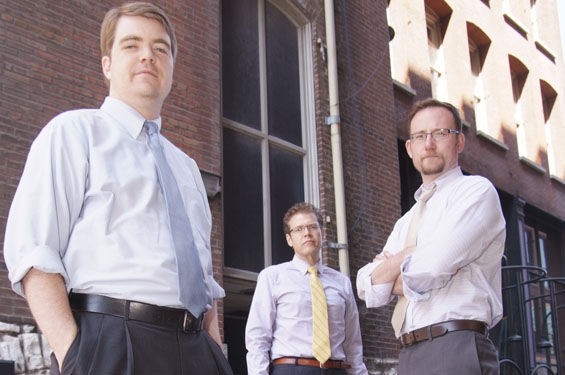 Some call them America's debtors' prisons. Some call it the new Jim Crow. But for the poor of St. Louis' north county, the exploitative web of municipal courts and predatory police departments represent burdens of everyday life.

However, six months since a Ferguson cop shot and killed unarmed teen Michael Brown, little has been done to fundamentally reform court systems that many see as emblematic of the divide between north county's black communities and police. On Sunday, civil-rights lawyers took the fight directly to court by filing two lawsuits against Ferguson and nearby Jennings. They accuse the cities of violating the U.S. Constitution by jailing defendants without checking to see if they lack the ability to pay.

"The City's modern debtors' prison scheme has been increasingly profitable to the City of Ferguson, earning it millions of dollars over the past several years," reads one of the lawsuits, echoing the criticism that these municipal courts merely serve as money generators for flagging city budgets. "It has also devastated the City's poor, trapping them for years in a cycle of increased fees, debts, extortion, and cruel jailings."

The two lawsuits include fifteen total plaintiffs, described as "impoverished individuals." Some endured multiple stints in jail as they were shuffled between municipal lockups and forced to come up with fees for each one. For the most part, these defendants were being jailed over traffic tickets, fees and bench warrants.

The lawsuits, which seek class-action status, were filed by attorneys from Washington-based Equal Justice Under Law, Saint Louis University Law School and the ArchCity Defenders, which provides legal help to St. Louis' poor. The suits seek a court order to halt the cities' practices of jailing those who cannot pay fines, as well as compensation for the plaintiffs.

Technically, defendants aren't jailed simply for being unable to pay court fines and fees. Municipal courts allow defendants to set up payment plans when they can't afford court costs. But in practice, poor defendants say they're unable to take off work, find child care or access transportation to get to court dates or they're sometimes afraid they'll be jailed for being unable to pay. That's when a judge issues a bench warrant for their arrest.

"I understand the frustration from the defendants," John Adams, the court administrator for the Jennings municipal division, told The New York Times, responding in general to the issue of municipal court reform. "At the same time, the defendants should be responsible and take the step of at least showing up in court. It would resolve so many issues."

That argument appears to fall short of the reality faced by those too poor to pay their fines. According to the lawsuits, the plaintiffs have been unlawfully thrown into jail cells covered in excrement and stained with blood and dirt. From the lawsuit against Ferguson:

They are kept in overcrowded cells; they are denied toothbrushes, toothpaste, and soap; they are subjected to the constant stench of excrement and refuse in their congested cells; they are surrounded by walls smeared with mucus and blood; they are kept in the same clothes for days and weeks without access to laundry or clean underwear; they step on top of other inmates, whose bodies cover nearly the entire uncleaned cell floor, in order to access a single shared toilet that the City does not clean...Perhaps worst of all, they do not know when they will be allowed to leave.

"This is not simply about people who have violated the law and ought to face the consequences," Thomas Harvey, founder of the ArchCity Defenders, told Daily RFT in December, shortly after the group filed a different lawsuit against six St. Louis County municipalities. "This is about the way the courts in these towns make it impossible for otherwise law-abiding citizens to comply with the law."

Update: In an interview with the The Wall Street Journal, Ferguson Mayor James Knowles contested the allegations made against his city's jails and courts. He called the lawsuit "disturbing."

In an additional statement, city officials pointed to the $4.5 million renovation on the police department -- including the city jail -- which was completed in January.

"The City disputes any contention that individuals in any specific economic group were targeted for unfair treatment, that persons are routinely confined in custody longer than three consecutive days, or that the physical conditions in the Jail were unsanitary or unconstitutionally improper," the statement said. End of update.

You can read both lawsuits after the jump.