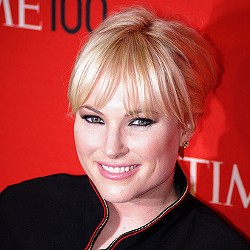 As the 2016 presidential race nears, three prominent Republicans who support LGBT rights hope a resolution signed in St. Louis will prevent candidates from using homophobic or gay-bashing rhetoric during the campaign.

Author and activist Meghan McCain told Washington University students Tuesday how two gay friends helped her through the difficult days after her father John McCain lost his 2008 bid for president.

"I just thought, if I can't follow up and give them the same love and support, then I can't live with myself," she said, according to Wash. U. student newspaper Student Life. She's been a gay-rights advocate ever since, even serving on the board of GLAAD, an LGBT media watchdog.

"The Republican Party going forward cannot even give the image of being the party of anti-gay rhetoric, anti-LGBT rhetoric," McCain told Wash. U. students, according to St. Louis Public Radio. "I truly believe unless that changes, this party has no chance of winning, and it might die."

Copies of the St. Louis Resolution will go to all eighteen Republicans considering a run for president and to top party officials.

Karger, who hid his sexuality during his early political career, told students it's their generation that is "leading the charge" toward LGBT acceptance and civil rights.

"The Republican Party is the 'family values' party, but the definition of what it means to be a family is changing," McCain said. "I love millennials because they don't question me. I can be a Republican and I can support marriage equality and support LGBT rights."