Need an Abortion in Missouri? Republicans Want You to Watch a Documentary First 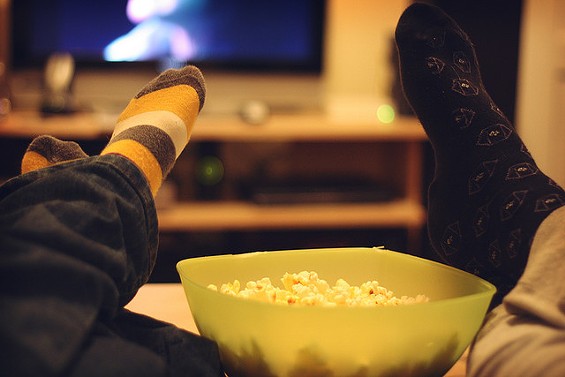 The Missouri Legislature is attempting a feat that even Hollywood hasn't been able to accomplish: produce a must-see abortion movie.

Only in this case, "must-see" is literal. If House Bill 124 passes, women in Missouri must watch a documentary created by the state health department with information about abortion 72 hours before they can access the procedure.

The new proposal, sponsored by Desloge Republican representative Linda Black, would add a third method of mansplaining abortion methods and risks to patients. Physicians are already required by Missouri law to explain abortion procedures verbally and in writing.

Black tells Missourinet the video would come in "a narrative documentary form" to help women who are illiterate or have difficulty with understanding written or spoken information. The proposal gained initial support Tuesday from a House committee, which voted 9-3 to send the bill to the House floor.

Representative Stacey Newman, one of the three representatives who voted against the bill and a longstanding pro-choice advocate, said the bill creates yet another needless obstacle that shames women out of their decision to terminate a pregnancy. Last year, the legislature instituted a 72-hour waiting period for abortions, giving Missouri some of the harshest abortion restrictions in the country, by overriding a veto from Governor Jay Nixon.

"Women already have to wait three days after a first consultation to get their procedure done," said Rep. Stacey Newman to KOMU (Channel 8). "This is just another barrier between a woman and her ability to receive a legal medical procedure. It's unnecessary and does nothing to help women and women's health."

Making it harder for MO women to access reproductive care is like a sport here. Intent is very clear. #Hurt/Shame Women #moleg

It's already distinctly difficult to get an abortion in Missouri. The state's only abortion clinic is in St. Louis' Central West End, and Missouri's 72-hour abortion waiting period does not allow exceptions for rape or incest.