Where Are The Oversight Records for St. Louis County's Drug Task Force? 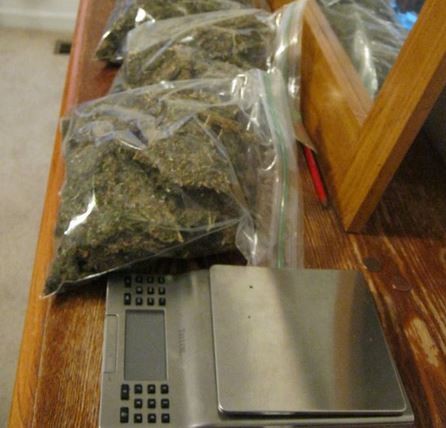 The more Aaron Malin digs into St. Louis-area drug task forces, the more worried he gets.

"What appears to be happening is that that multiple task forces, including the St. Louis county drug task force, have technically established that oversight policy on paper, put some names down, but it appears that policy never actually did any oversight," Malin explains.

"That would mean there's these groups of rouge agents running around, overseen by nobody but their commander on the task force," he continues. "It's a very scary idea."

At first blush, the fact that Malin couldn't get minutes from an oversight board meeting doesn't sound like damning evidence of police misconduct. But the oversight board is tied to the same Missouri statute that grants drug task forces state funding. Of the St. Louis County drug task force's roughly $300,000 annual budget from the Department of Public Safety, Malin says about a third comes from a state-federal match of local funding.

In response to Malin's complaint to the Attorney General, St. Louis County police spokesperson Brian Schellman told KMOX that the task force commander led "periodic meetings with the chiefs of the agencies that have detectives in the unit on an individual basis."

"The commander would provide updates at that time, as well as anytime a chief may have a specific request," continued Schellman. "Since these were informal meetings, minutes were not taken and therefore there were none to provide via the sunshine request. Starting this year, the commander of the Drug Task Force has already planned to meet with the oversight board quarterly."

Schellman's answer is curious, to say the least.

That's because the statute that governs state funding for Missouri's drug task forces explicitly describes the structure of a "policy board" to oversee the task force's operations and which reports to the Department of Public Safety. It's unclear if the "informal meetings" Schellman describes would satisfy this mandate, and Malin says it's fair to wonder if St. Louis County's drug task force should lose its state funding for failing to meet the statute's full requirements.

See also: Missouri Drug Task Forces Seize a Lot of Money and Don't Keep Close Records Of Where it Goes

For now, the Show-Me Cannabis' complaint to the Missouri Attorney General only alleges St. Louis county's drug task force violated the state's Sunshine law for not providing minutes of their meetings. Malin isn't ruling out more aggressive measures in the future.

"Show-Me Cannabis is considering all options and remedies to ensure compliance with state law, up to and including formal grievances and litigation," he says.

Daily RFT has reached out to Captain Kurt Frisz, commander of the St. Louis County Police Drug Task Force, for comment. We'll update when we hear back.