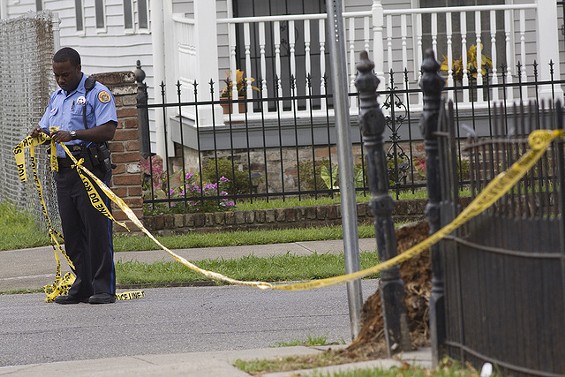 That's according to the latest report from the Washington D.C.-based Violence Policy Center, which analyzed the numbers from 2012, the most recent comprehensive national data available.

The numbers say Missouri's typical black homicide victim is young, male and was killed with a gun by someone he knew.

Nine percent of Missouri's homicide victims were younger than eighteen-years-old, and the average age was 29-years-old. Only 40 of the 247 victims were women.

Violence Policy Center found 96 homicides where the victim's relationship to his or her killer could be identified. Seventy of those victims knew their attacker, while 26 victims were killed by strangers.

Black people represented 13 percent of the nation's population in 2012, the year these statistics were taken, but accounted for 50 percent of all homicide victims.

"America's gun violence epidemic affects everyone, but it has a disproportionate impact on black men and women," says executive director Josh Sugarmann. "Gun violence destroys lives, tears families apart, and traumatizes entire communities -- and too many elected officials have ignored this ongoing crisis. It is time for action."