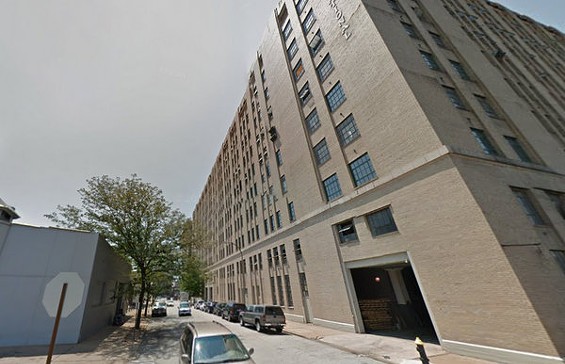 A robber trying to steal a teen's purse fatally shot nineteen-year-old Southeast Missouri State University student Robert Christman in the head as he sat in a car parked next to the City Museum in downtown St. Louis early Sunday morning.

Christman, a 2013 graduate of De Smet Jesuit High School who was home for winter break, was in a car with a nineteen-year-old woman and a seventeen-year-old male just after midnight when the gunman opened the rear passenger door to rob them, according to the St. Louis Metropolitan Police.

The gunman grabbed for the woman's purse, police said. When she struggled to keep it, he fired a shot, striking Christman in the head, and then fled in a silver vehicle.

DeSmet posted a tweet asking the community to pray for Christman's friends and family:

Please join us as the DeSmet Jesuit family unites in prayer tonight for the Christman family and all of Bobby's friends. #Brotherhood #RIP

"This is a tragic loss of life and we deeply mourn the death of Robert," Jeff Harmon, executive director of university communications and marketing at Southeast Missouri State, told KSDK. "We ask that everyone keep his family in their thoughts and prayers."

I've come to realize that St. Louis pretty much blows

The teens were attacked in the 700 block of North 15th Street right behind the City Museum -- and near several popular nightclubs -- less than 45 minutes after the museum had closed at midnight. Police said Christman was unconscious when officers arrived on the scene.

St. Louis Metropolitan Police Major Michael Caruso called the robbery an isolated incident and said at least four officers were less than six blocks away at the time, according to the St. Louis Post-Dispatch. Police guessed the teens may have been coming from the nearby Saturday night club scene.

Officers responded to the above location for a "shooting" and upon arrival, located Victim #1 seated in the front passenger seat of a vehicle, unconscious and suffering from a gunshot wound to the head. Victim #1 was conveyed to a hospital and listed in critical/unstable condition. Victims #2 and #3 stated all three victims were seated inside the parked vehicle when an unknown suspect approached them, opened a rear passenger door to their vehicle and produced a firearm. The suspect demanded the victims' property and grabbed Victim #3's purse. A struggle ensued over the purse and the suspect fired a shot, striking Victim #1. The suspect then entered the passenger side of a silver vehicle and fled the scene. The investigation is ongoing.

Update, 7:40 a.m.: This post has been updated with identifying information about the shooting victim.