The only reason Jean Woolery didn't fax her press release to St. Louis media outlets is because she doesn't have a landline.

Woolery is in desperate need of a vehicle, any vehicle, that can fit two or more animal crates so she can rescue abandoned animals in something other than her torn-up 2007 Pontiac G6. So she printed up a photo of herself protesting animal cruelty, wrote her Facebook message address on a business card and mailed it to the Riverfront Times.

Why not send an email? Daily RFT asked Woolery. Why not launch an online fundraising campaign? Or a Twitter hashtag? Why snail mail?

"We don't know how to do the computer," Woolery replies. "We're just trying to help the animals."

For 26 years, Woolery and her team of volunteers at the Jefferson County Humane Society have dedicated themselves to rescuing abandoned and neglected animals in rural Jefferson County. This week, Woolery is constantly fielding calls reporting animals left outside, including four dogs chained to trees after the owners moved away, as the wind chill dropped to 20 degrees below zero. 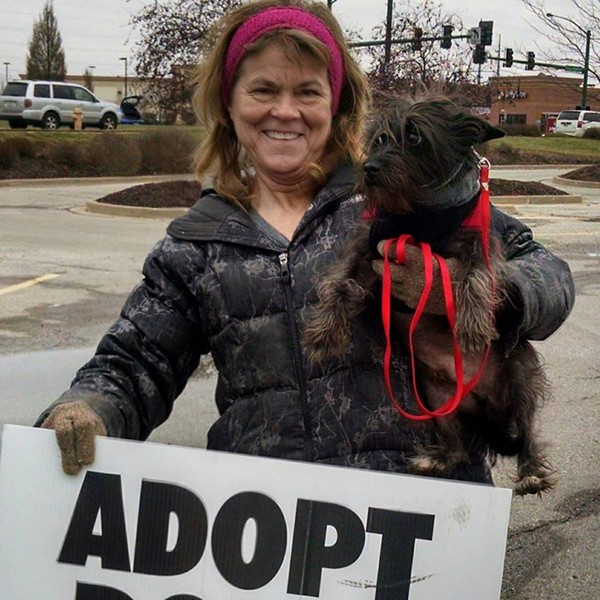 "It's a constant battle out here," Woolery says. "I'm really getting frantic. The last couple days have been nothing but neighbors calling."

When Woolery goes to rescue animals, she can only fit one at a time into her Pontiac or into another volunteer's four-door Honda. The others stay outside until she can return to make the next trips, which can mean many hours of driving through snow and ice.

New to Facebook, computers and technology in general, Woolery says she doesn't have time to learn the digital tools that could help her raise the funds for a larger vehicle. She works full time as a substitute teacher for the Special School District, and her helpers are all volunteers.

"I'm kind of catching on to this," she says. "It's really hard to do the nickle-and-dime fundraisers. I don't even know how to do it, plus we don't have the time."

Woolery doesn't think she could raise the funds from Jefferson County residents alone. "They don't have the money," Woolery says. That's part of the reason there are so many abandoned animals in the first place.

And the calls keep coming.

"I'm going to panic like I did last January" when the polar vortex hit the area, she says. "What do we do?"

The humane society's website is set up to accept PayPal donations, though Woolery's big wish is for a car dealership to give her something large enough for her mission.

Until then, Woolery says, she's just doing the best she can.