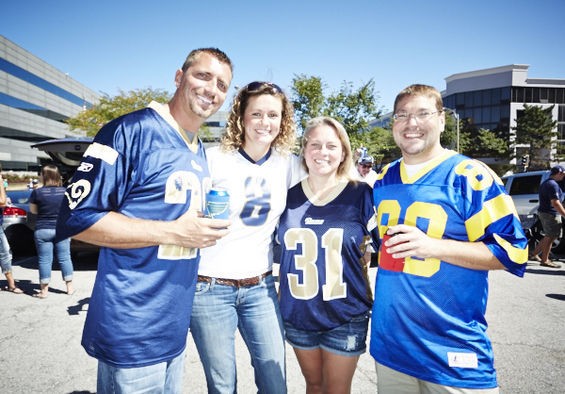 Billionaire owner of the St. Louis Rams (and notorious asshole) "Silent" Stan Kroenke is living up to his nickname.

Kroenke has yet to say anything publicly about Monday's expected-but-still-bombshell news that he and the owners of Hollywood Park are planning an 80,000-seat stadium near Los Angeles that could be the possible future home of St. Louis' NFL team.

"He hasn't responded," mayoral spokeswoman Maggie Crane tells the Associated Press about Kroenke. "He hasn't called back, he hasn't done anything."

"After a while you sort of get the hint," Jeff Rainford, the mayor's chief of staff, tells the Associated Press.

Both Slay and Nixon have spent the week reassuring St. Louis that it's good enough, it's smart enough, and doggone it, people like us enough to host an NFL franchise -- the key word there being "an."

We're committed to keeping an NFL franchise in STL because they have value. #fgs

On Friday, two St. Louis business leaders are expected to release their report on how to keep professional football in the Lou. Kroenke has until the end of the month to decide to move to a year-to-year lease on the Edward Jones Dome.