No, the FBI Didn't Bust a Hillbilly's Pig Brothel in Rolla on New Years Eve 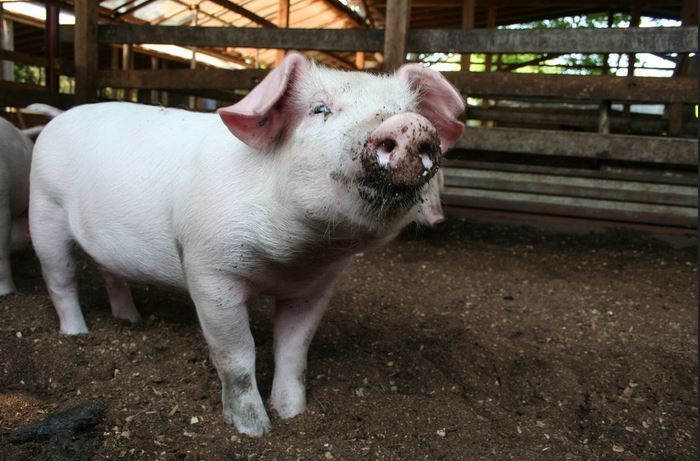 On the Internet, the line between skeptic and sucker is in constant flux. And although Daily RFT is well-versed in the seductive lies and toxic untruths that fill our digital universe, there are times we wish we could shuck our cynicism and just...believe.

What we're trying to say is: We really wish this story about the FBI busting a Rolla-area bestiality brothel on New Year's Eve was true. But it isn't.

Indeed, it's the classic "too good to fact check" story that sends visions of pork puns (and pageviews) dancing in our heads. Published January 3 and headlined "Missouri Pig Brothel Dismantled During FBI Raid," the story has now been shared on Facebook more than 50,000 times.

Soon after the story was published, discerning readers (and later, Snopes) pointed out that World News Daily is the very opposite of a trustworthy news source, as the site's entire schtick revolves around disseminating "satirical" articles that look and sound very much like the real thing.

The story purports to describe a Rolla farm where the 67-year-old farm owner, his sons and 30 other clients were caught "in full action" by FBI agents during a New Year's Eve raid on the property. Citing "local officials," the story dubs the bust the "biggest crack down on an animal brothel in American history."

While we can chuckle at those who believed this patently false tale of porcine porkin', it's worth mentioning that what makes these viral stories so insidious is that they sound like they just might -- might -- be true.

For instance, Missouri was once well known for not having an anti-bestiality law on the books, and a BBC documentary titled Hidden Love: Animal Passions (and an accompanying Riverfront Times story) further cemented Missouri's status as what one report referred to as "The Bestiality State."

Missouri officially criminalized bestiality in 2002, and now those who want to "boink the oink," as one WNS commenter put it, are risking a class A misdemeanor and, presumably, a lot of weird looks at the dinner table.