Grand Juror Sues McCulloch, Wants to Speak Out About the Ferguson Case 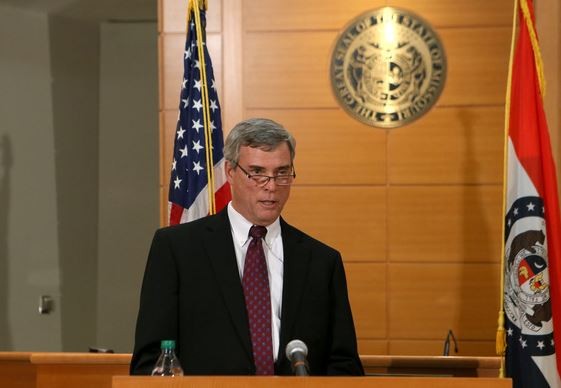 Grand jurors typically live under a lifetime gag order preventing them from discussing their cases.

But there's been nothing typical about the Ferguson grand jury investigation into the fatal shooting of Michael Brown by then-Ferguson Police officer Darren Wilson.

Now a grand juror is suing for the ability to speak out about the widely-publicized case, saying St. Louis County prosecutor Bob McCulloch is mischaracterizing the jury's decision in his multiple media appearances while jurors are forced to stay silent.

Before the grand juror -- known only as "Grand Juror Doe" in the civil rights lawsuit -- can talk about the case, he or she wants a judge to rule that McCulloch can't file any punitive charges as a result.

So far, McCulloch hasn't been served with the lawsuit and isn't offering any comment, his office tells St. Louis Public Radio.

In the lawsuit, the juror says sharing the grand jury's experience "could contribute to the current public dialogue concerning race relations." But Missouri law says jurors must stay silent or face a class A misdemeanor, punishable by up to one year in jail, a fine of up to $1,000 or both.

In the lawsuit, the grand juror says investigators presented evidence in a "muddled and untimely manner" and seemed to focus on the victim instead of the suspect "with the insinuation that Brown, not Wilson, was the wrongdoer." The Ferguson grand jury was extremely unusual from the start, with McCulloch's office presenting thousands of pages of evidence and testimony (including the testimonies of witnesses McCulloch knew were lying) without providing a charge for the jury to consider.

The juror also wants to talk about how the Ferguson grand jury worked, how grand juries operate overall and whether the release of jury documents provided transparency to the public.

"(The grand juror)'s views would add to the public debate -- occurring in Missouri and across the country -- about the proper role of state grand juries and whether they continue to serve their original purpose of protecting the accused, or are now increasingly used to deprive those accused of crimes of due process to which they are otherwise entitled," the lawsuit says.

The ACLU of Missouri, which joined the grand juror's lawsuit, says jurors shouldn't have to live under a gag order when the prosecutor's office has been so transparent about the case, giving media interviews and even releasing much of the testimony and evidence jurors considered.

"Grand Juror Doe's perspective can and should help inform a way forward here in Missouri," says Jeffrey Mittman, executive director of the ACLU of Missouri. "The ACLU will fight to allow this important voice to be heard by the public and lawmakers so that we can begin the healing process that can only result from fact-based reforms."