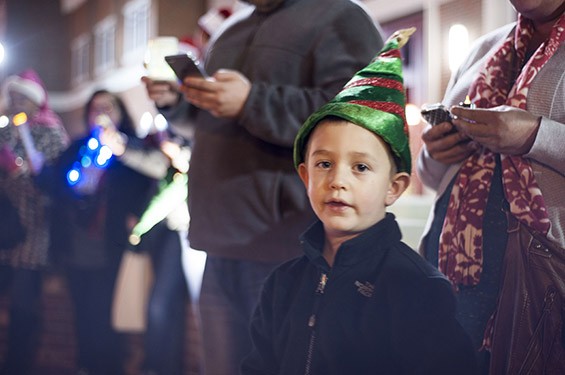 The Internet is awash with images of Ferguson burning, of police cracking down on demonstrations, of protesters making their stands in the streets. The months-long protests have drawn national attention to policing issues, race relations and to the St. Louis suburb where it all started.

There's more to this vibrant, diverse town than unrest and violence, so when a group of St. Louis-area volunteers organized a night of Christmas caroling in Ferguson last weekend, they were met with cheers and applause by those who call Ferguson home.

"Things have just been so rough lately," says Vicki Salsman, whose family has lived in Ferguson for 70 years. The carolers stopped in front of her house Saturday night after singing at the Shop 'N Save and the Ferguson fire house. "It's so nice to see something positive. Whatever it takes to bring peace back here."

The idea started when Max Harris, 29, saw an online video of a girl singing carols in New York.

"I was like, 'Wow, it would be a really good idea to get a Christmas caroling group together in Ferguson,'" Harris tells Daily RFT. "People were like, 'Stop talking about it and do it!'"

What Harris didn't realize was that organizers had recently canceled the popular holiday parade at last week's Ferguson Citywalk Northern Lights Celebration, and the city's beloved fifteen-year-old StreetFest was postponed in September. 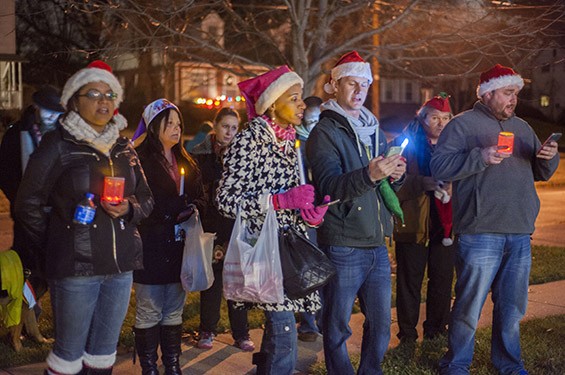 Harris' idea to bring a group of holiday carolers fit right in as a new, bonus celebration in the midst of so many cancellations, so she started organizing it using a Facebook group and event.

"This town is really ready to move past that and be known for something other than that," Harris says. "Let's show the world what St. Louis is really about and come together. I just want to see people of all races, all walks of life, everybody just put your differences aside. It's Christmas." 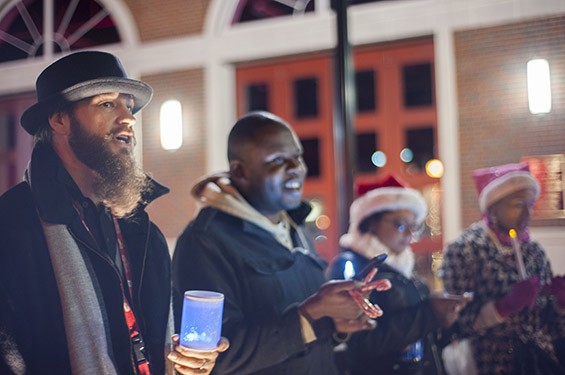 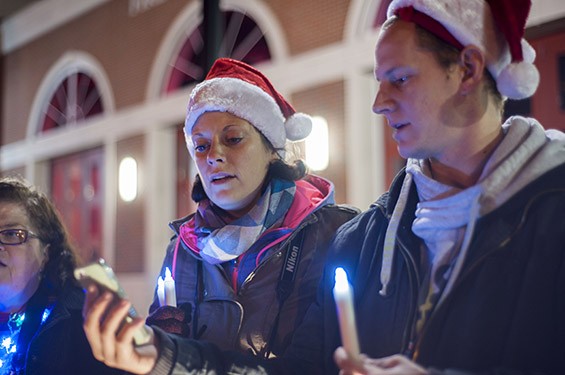 Harris got permission from the Ferguson Police Department for her caroling expedition, through her interaction with officers revealed how life has changed here.

"The police said, 'You should march south,'" Harris remembers. "I was like, 'Oh no, no, no, this is not a march. No, we're just singing normal Christmas songs.' The only deviation is we might do 'Jingle Bells' with 'Batman smells.'"