Khatib Waheed on #FergusonNext: Race Conversation Must Last Beyond Flareups 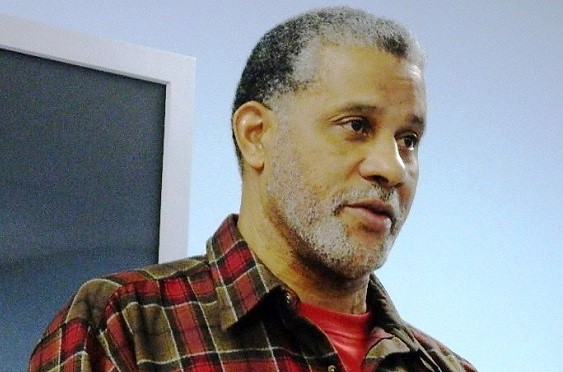 Over the last decade and a half, groups of racially and professionally diverse stakeholders across the nation, including in the St. Louis region, have begun to engage in courageous conversations about how race is impacting outcomes for children and families of color. The focus has been primarily on involvement with child welfare, juvenile justice and criminal justice systems. Commissioners, judges, lawyers, social workers, probation and school safety officers, behavioral and mental health professionals, family advocates, parents, and youth have come together in their respective jurisdictions to identify causes and implement solutions that can lead to systemic reform.

But these conversations aren't happening often enough or in enough places.

How might the response to the tragic death of Mike Brown and the subsequent grand-jury decision not to indict Officer Darren Wilson been different had there been ongoing work in Ferguson to address the community's fragmented relationship with law enforcement and other deeper issues of social concern related to race? The response that we have witnessed to date is indicative of what happens when our conversations about race occur only after a tragic event or death. We have seen firsthand what some people will do when they feel voiceless and ignored.

Beneath the racial tensions and civil unrest that is still occurring in Ferguson are myriad structural and social issues. Much of the anger was directed towards law enforcement, but there are other structural issues pertaining to housing and race that are less obvious and far more insidious.

In 2010 the Greater St. Louis region ranked ninth in black-white segregation among the 50 metropolitan areas with the largest black populations. According to a study called "The Persistence of Segregation in the Metropolis: New Findings from the 2010 Census," "in 367 metropolitan areas across the U.S., the typical white lives in a neighborhood that is 75 percent white, 8 percent black, 11 percent Hispanic, and 5 percent Asian." Many racially segregated inner- and outer-ring suburban communities were created by public and private housing policies and practices that included redlining, land-use zoning regulations, urban renewal, restrictive covenants and block busting. The legacy of those policies continues to perpetuate racial and ethnic advantages and disparities. They determine where certain racial and ethnic subgroups live, what the value of their property will be, how well the school districts will prepare students to become successful and productive citizens, whether the tax base will provide adequate municipal services and infrastructure, and the overall quality of their physical and emotional well-being.

Law enforcement is an integral part of the municipal services and infrastructure in racially segregated communities. The legacy of racialized housing policies and practices exacerbates the tensions between law-enforcement officers and the black community, and it provides context to better understand why African Americans and other racial and ethnic groups are more likely to be poor and see their children grow up in neighborhoods with concentrated poverty, violence and crime. What role do historically embedded, systemic disadvantages and racism play in perpetuating the sense of hopelessness and lack of positive life opportunities that characterizes too many black communities and neighborhoods? If we are a nation that truly believes that the most egregious forms of segregation and discrimination have ended, then why are these bad outcomes so consistently predictable by race and ethnicity? Is it a matter of individual choice, or social condition, or a combination of the two? Which of the two explanations do you most often hear?

Whether we consider the high-profile cases involving the deaths of Mike Brown in Ferguson, Eric Garner and Amadou Diallo in New York, Timothy Thomas in Cincinnati, or the murder of Hadiya Pendleton in Chicago and countless other African American men, women and children who were killed by other African Americans, it is imperative that a deeper conversation needs to occur about why these tragedies are more likely to occur in African American and certain other communities of color. The courageous conversations that are occurring nationally among some stakeholders need to continually grow. Our children and grandchildren need us to lead and provide guidance that will help them prevent another episode of civil unrest and violence like we have witnessed recently.

About this project: Riverfront Times asked a diverse group of contributors — policemen, rappers, shop owners, clergy — to tell our readers where they see solutions to the region's deep-rooted troubles. It's part of our #FergusonNext collaboration, in partnership with the Guardian's "US Opinion," the St. Louis Post-Dispatch's editorial page, the St. Louis American, Ebony.com and Colorlines. Go to www.fergusonnext.com to see what our partners are doing and to join us in our attempt to answer the question, "No justice, no peace — what now?"