by James and Brea McAnally 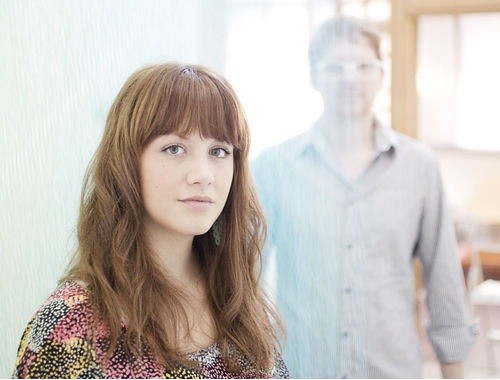 We've worked our entire adult lives to make this city better in various forms — as artists, in founding a nonprofit, by investing directly in the city's many communities — and that work continues now as we join with thousands of other protesters to demand change.

This movement is not just about policing and protest; it is about progress or apathetic complacency.

The world's consciousness has grown around us, and as a city, as a nation, we have done, really, nothing since the August killing of Michael Brown. St. Louis could now take this moment to lead. Or we can lose a generation or more by clinging to a dead set of beliefs, trying to wait out a storm that isn't ending.

If St. Louis doesn't act immediately and definitively to lead this now-global movement, we will have lost our greatest chance to regain the greatness we are capable of. We should immediately set out plans to advance the most progressive policies through implementation of universal body cams, citizen reviews, diversity training, diverse hiring and a committed emphasis on non-lethal force, as well as the most equitable structures that make systemic shifts in education, economic investment and housing. We have to hold ourselves and our leaders accountable, not just for Michael Brown's case, but for the daily injustices people of color endure. We are talking to political leaders, yes. But also community leaders, religious leaders, business leaders and citizens who have so far been silent.

The fear we should be feeling is that of our city failing its people and its own potential, not the words and actions of protesters. Support is not abstract; it is in irrefutable action. So far, we have only seen reactionary measures and platitudes, bandages that won't heal anything. We are four months in with no real change. That, we are afraid of.

St. Louis, you are looting your own future. Bricks have been littered at your feet, entire neighborhoods hollowed out, students bussed from failed school districts, and you've watched it all. The Delmar Divide doesn't begin to speak of the grief our streets carry. This is a slow-motion tragedy that has unfolded over decades now come back home to our doorstep. We've had too many black lives taken — by force, by incarceration, by silence. We've watched Mike Brown, Eric Garner, Tamir Rice and countless others die right in front of us. We need to grieve, all the way down, and then — we need to act.

About this project: Riverfront Times asked a diverse group of contributors — policemen, rappers, shop owners, clergy — to tell our readers where they see solutions to the region's deep-rooted troubles. It's part of our #FergusonNext collaboration, in partnership with the Guardian's "US Opinion," the St. Louis Post-Dispatch's editorial page, the St. Louis American, Ebony.com and Colorlines. Go to www.fergusonnext.com to see what our partners are doing and to join us in our attempt to answer the question, "No justice, no peace — what now?"