Overwhelmed By Trolls, Post-Dispatch Shuts Down Comments on Editorials 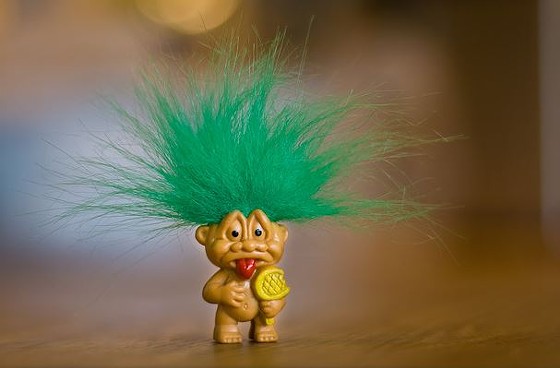 On Monday, the editorial board of the St. Louis Post-Dispatch announced that it's turning off comments on its entire opinion section for two months. In an editorial titled "No comments: An experiment in elevating the conversation," the board lamented that these forums had become corrupted by the worst forms of Internet discourse, to the point that "just to present a thoughtful point of view, you have to endure vile and racist comments, shouting and personal attacks."

"We intend to use our opinion pages to help the St. Louis region have a meaningful discussion about race," the editorial went on, "So we are going to turn off the comments in the editorial section for a while, and see what we learn from it."

The decision comes not long after the venerable newspaper appealed to its readers to come together and talk about race. In a sweeping November 29 editorial, the paper suggested readers treat the Monday editorial comment section as a "virtual living room" where they could bridge racial divides and perhaps foster a measure of empathy sorely needed in the region after months of protests and unrest.

"It's in social media, it's in what all the of the press is reporting on, it's at the forefront of what's going on in our community. It is potentiality part of something historic in terms of how our community responds," Messenger says.

The reaction to last week's editorial (which is entirely worth the read) appears to have been the final straw for the overwhelmed opinion section. Instead of meaningful conversation, the editorial's comments were largely dominated with the usual antagonistic, borderline racist drek.

So for the next two months, trolls and well-meaning commenters alike will have to take to Facebook or social media to add their two cents to the Post-Dispatch's editorials, columns and letters to the editor. And though the comment section remains on the newspaper's other sections, the Post-Dispatch would hardly be the first media organization to ax comments altogether.

"We're trying to find, on the editorial page, positive solutions to the problems that exist before us," Messenger says. "It's harder to have difficult conversations about those solutions where people of good intentions can disagree, if as part of that conversation people with bad intentions are just shouting at each other."

As for the commenters themselves, their reaction to the decision isn't very surprising.

One reader, writing on the Post-Dispatch's Facebook page, quipped: "Reminds me of the time we were playing basketball, one kid was losing, so he took his ball and went home so no one could play."

Messenger tells Daily RFT he actually prefers having these conversations on social media, where he and other writers can more easily communicate with civil readers while ignoring the trolls who just want to fight.

"In my personal experience there is an opportunity on social media for positive discussion, in real time, with people that want to have it," he says. "I'm going to make a concerted effort to find those areas of positive conversation."

Got an email from a reader responding to the editorial about turning off comments that was completely blank. Clever way to make a point.