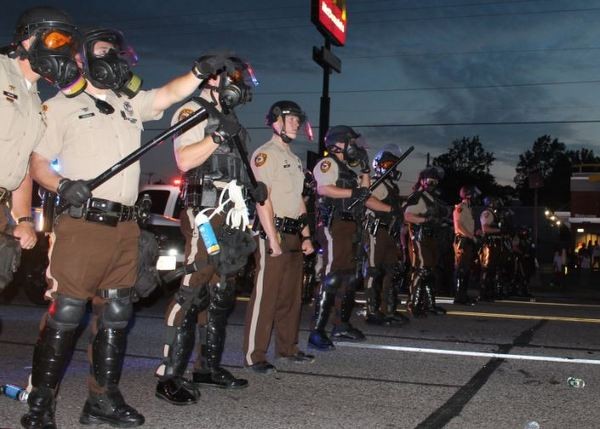 Been seeing tweets from the St. Louis County Police Department that were a little too honest lately?

Well, they're not really from the police. Some comic genius launched a parody account for the county police this week, using the handle @sticountypd. (Capitalize that "i," and it's almost impossible to tell the two accounts apart. Almost.)

The first tweet from the parody account plays off the tiff between county police and the NFL after five St. Louis Rams players took the field Sunday with their hands up -- a gesture of solidarity with Ferguson protesters referencing the belief that Michael Brown had his hands raised in surrender before he was fatally shot by then-Ferguson police officer Darren Wilson.

The apology is not good enough. We demand the football players say sorry to every officer who had their feelings hurt. Why are they so mean

After an NFL executive called St. Louis County Police Chief Jon Belmar to express "regret" over the incident, the two institutions publicly beefed over whether or not the NFL had technically apologized.

Apology: "expression of regret for not being able to do something" @kdemoff: "I regretted any offense their officers may have taken."

After only three days, the parody account had already gained more than 3,000 followers with tweets like these:

Body cams are unnecessary. If you want to know what happened just ask. Our officers have really good memories. Also the cams are very heavy

Look at how badass these officers look. We're heroes pic.twitter.com/Ygqzyl1dV4

The parody account looks real enough to be super confusing to the unsuspecting:

@StCyrlyMe2 @stIcountypd I refuse to believe any organization could be THIS tone deaf after the last 100+ days...but I could be wrong.