Three of America's 25 Wealthiest Suburbs Are in St. Louis 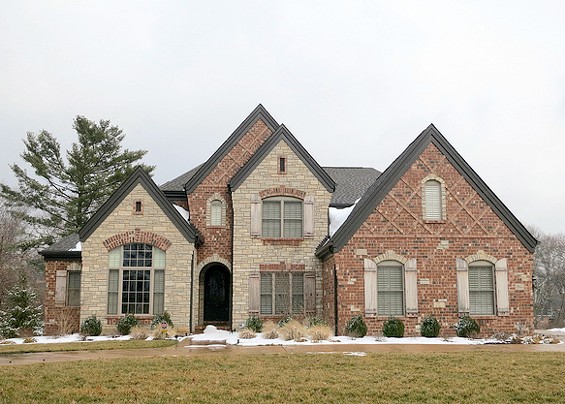 Not every St. Louis suburb is Ferguson.

After four months with the national spotlight on Ferguson, a racially diverse, middle- to lower-class suburb, the town's name has become interchangeable with St. Louis as a whole.

"Ferguson has become synonymous with St. Louis, and St. Louis with Ferguson," the St. Louis Economic Development Partnership wrote in a September letter to the St. Louis County Council. Chief executive Denny Coleman was outlining how tens of thousands of negative news stories about Ferguson were affecting the entire region. "These two names have been used interchangeably, and it has had an immediate effect on economic development efforts."

So it may come as a surprise to those less familiar with St. Louis' west side that River City is also home to three of the richest suburbs in the country, according to a Business Insider study: Town & Country, Ladue and Frontenac.

Business Insider analyzed demographic information from suburbs nationwide for a list of the 50 best suburbs in America. (One St. Louis County suburb, Ballwin, was ranked at No. 46.)

In order to build its list of the wealthiest suburbs, Business Insider ranked the suburbs by median household income per the 2008-2012 U.S. Census Bureau American Community Survey Estimates.

Missouri's average median household income is $47,000, well above Ferguson's $37,000, according to census data.

Only St. Louis and Dallas landed three suburbs in the list of the 25 wealthiest. (Cities within 25 miles of a metropolitan area, such as St. Louis, were considered, so isolated wealthy idylls like Greenwich, Connecticut, didn't make the cut.)

The St. Louis region is also home to two suburbs that are the "best value," according to Business Insider's analysis of housing affordability and school ratings. Ballwin ranked No. 22 for its strong schools and lower-cost housing, and Edwardsville, Illinois, ranked No. 13.