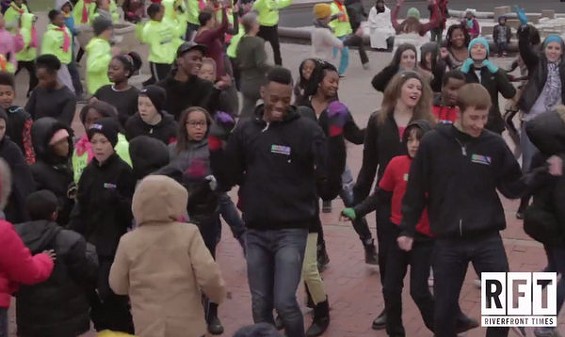 The unrest in Ferguson brought the PBS documentary crew behind Dance the Dream, a world-wide tribute series and flash mob in respect of Dr. Martin Luther King, Jr., to St. Louis last month.

Executive producer Richard Karz -- who is producing the documentary in partnership with the United Nations , UNESCO and YouTube -- said the dance performances in St. Louis culminate the year-long reflection on King's "I Have A Dream" speech and on the search for global racial solidarity.

"Certainly events in Ferguson helped to expose festering tensions and conflicts, so it seemed like a perfect opportunity to culminate this series of music and dance tributes in order to help to crystallize how much things haven't and have changed since the 'I Have A Dream' speech in 1963," said Karz.

Here's the video of the entire performance: