9 Things To Be Thankful For in St. Louis 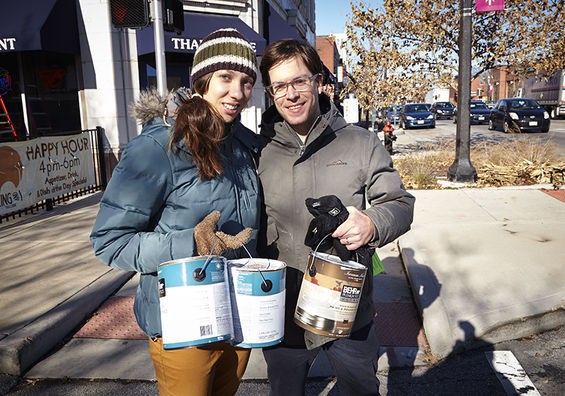 We've come a long way in the last three months, Lou. We've seen fires, tear gas, blood, tears and outrage. While today's national day of gratitude can't take away from the pain this city has been through, it is a good time to remember what's worth a hearty, "Thanks."

So here are nine things we at the Riverfront Times are thankful for in a St. Louis forever changed by the shooting death of Michael Brown.

We are thankful for...

...any time neighbors stuck together after a night of burning and violence.

First time ever had one of those pay it forward or backward drive through things happen to me. In #Ferguson. Today.

...the incredible amount of support nationwide for the Ferguson Library.

Post by Ferguson Municipal Public Library.
...every time a person has stood up to looters and arsonists in Ferguson and South Grand.

These two guys stepped into stop the looting at beauty world. #ferguson pic.twitter.com/KbCYNX1oJI

...the support nationwide for Natalie's Cakes and More, which started a fundraiser for $20,000 and wound up with more than $100,000 in donations.

Post by Natalie's Cakes & More.
...that time someone trusted KSDK to get their financial donation to the right place.

...this campaign to help South Grand Boulevard businesses that has raised more than $7,000.

Please join the 124 others who've contributed close to $5k to my @SouthGrandSTL recovery fund! #STLTogether http://t.co/IT4Qezu95S

...the uptick in donations to other worthy causes, including St. Louis Crisis Nursery.

We have families in need picking up diapers & formula. THANK YOU to the community for your support!! #STLTogether #Ferguson #Thanksgiving

...people sitting outside in the snow to do some good for Ferguson.

What are you thankful for?