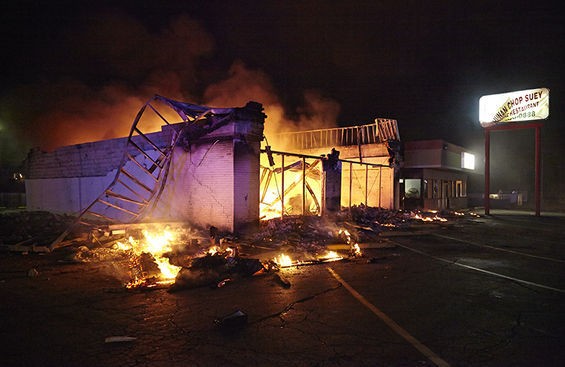 "Burn this motherfucker down!"

When the grand jury announced no indictment against Ferguson Police officer Darren Wilson, Louis Head rushed to comfort his wife, Lesley McSpadden, Brown's mother. Then, obviously reeling from his wife's pain, he turned to the crowd and shouted: "Burn this bitch down! Burn this bitch down!"

He got his wish.

Some buildings, such as the #HealSTL office (a non-profit founded by alderman Antonio French), Beauty Town, and the Little Ceasar's/antique store building, were completely destroyed.

Two police vehicles and at least a dozen cars at a dealership were also burned. By Tuesday morning, at least two of the buildings on West Florissant Avenue between Lucas and Hunt and Chambers roads were still smoking and the air was heavy with the stink of burning. Daily RFT tried to get a closer look, but a Missouri State Highway Patrol trooper told our reporter the street was still "an active crime scene."

Here are images photographer Steve Truesdell captured of the fires. Click through our Riverfront Times slideshow for more of his pictures from Ferguson:

Eight more pictures, plus a photo from the morning after, on the next page. 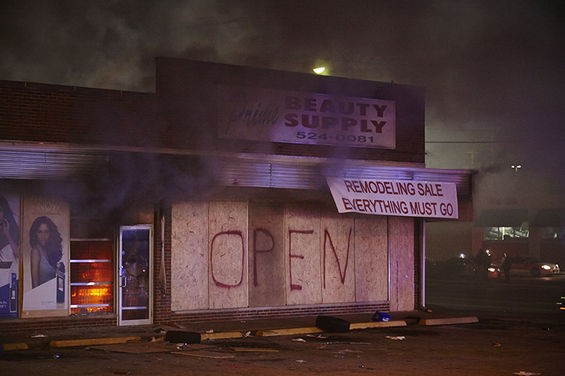 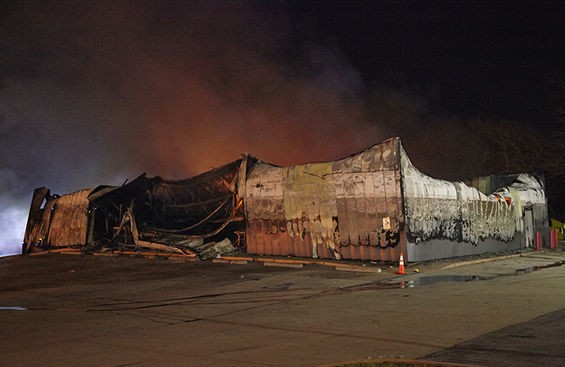 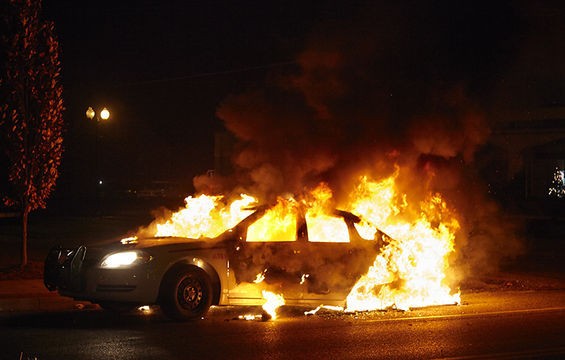 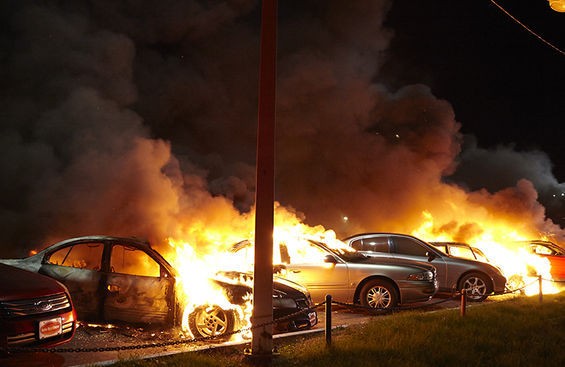 And here's what Beauty Town looked like the next morning: