Nobody Asked, But Donald Trump Says He Knows What's Next for Ferguson 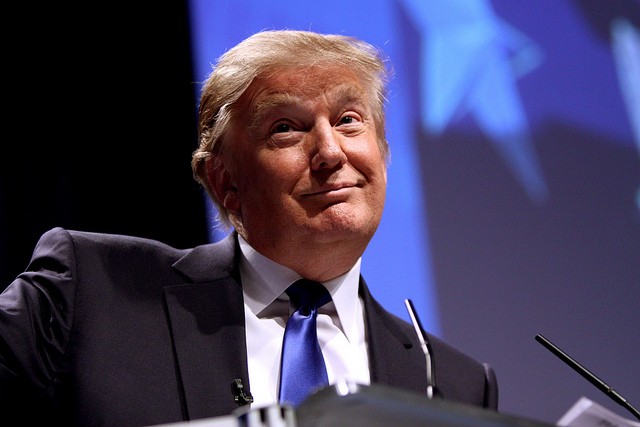 Billionaire mogul and world-class know-it-all Donald Trump hopped back into the national conversation on protests in Ferguson this weekend.

As the St. Louis region waited apprehensively for news from the grand jury investigating Ferguson officer Darren Wilson, Trump tweeted his prediction of what would happen next:

They're going to riot in Ferguson no matter what.

Yep, that's as much thoughtful deliberation as we've all come to expect from Donald "How's My Hair?" Trump.

Trump first shoved his orange head into the Ferguson conversation a week after Wilson fatally shot unarmed teen Michael Brown. During his regular call-in to FOX & Friends, Trump criticized the mainstream media with an unlikely and bewildering charge: downplaying the racial aspects of the story.

"This is a racial situation," Trump said. "It's not covered that way in the press. It's not even discussed in the press. They don't want to discuss it. They stay away from it."

"I don't agree with you," co-host Brian Kilmeade interrupted incredulously. "That's all we're talking about is the race thing. This is not just a shooting."

Among the scores of angry and irritated responses (including, notably, the long-awaited headline, How is this dumb motherfucker rich?), Daily RFT spotted one tweet that shuts down the fear-mongering without giving Trump any more facetime.

Is it just me, or is it beginning to seem some folks will be disappointed if there are NOT riots in #Ferguson?

That's PBS journalist Gwen Ifill, the moderator of the America After Ferguson special from September, with a reminder that predictions of rioting or violence in Ferguson reveal more about the person predicting than about the protests.