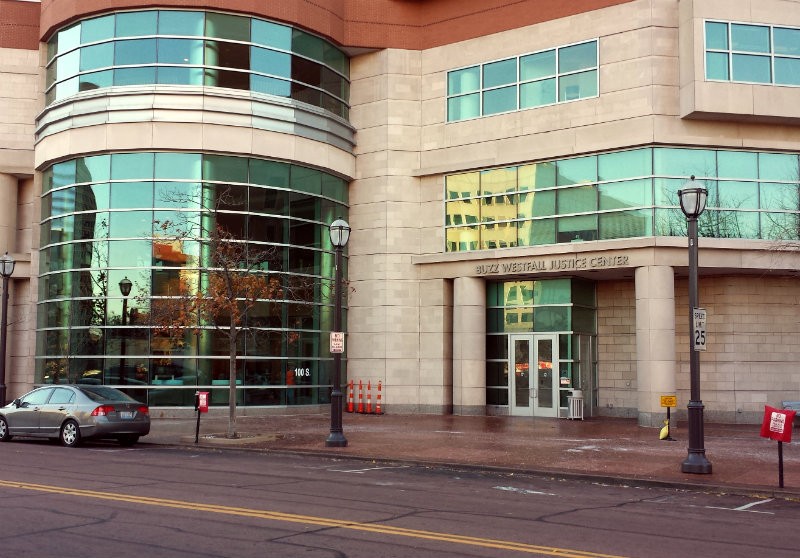 The prosecutor's office released this terse statement Monday afternoon: "The Grand Jury hearing the Michael Brown/Darren Wilson investigation has reached a decision and it will be announced later today."

Update: The grand jury decision will come down at 8 p.m. tonight. From the prosecutor's office: "The Grand Jury announcement concerning the Darren Wilson case will be at 8:00 P.M. this evening at the Justice Center, 100 S. Central, Clayton, Mo. All seats have been accounted for and no one else will be allowed in the building."

Just before the email from McCulloch's office went out, Daily RFT spoke with Cal Brown, Michael Brown Jr.'s stepmother. She confirmed that they had been notified of a decision through the family's attorneys. She said they were not told much except to expect an announcement sometime after 5 p.m.

"We're now beginning to pick children up from school. It's kind of a little emotional not knowing what to expect right now," she said by phone. "We've been anticipating it for days, and now that it's here, it's like, 'Do we really want to hear what they have to say?'"

Note: This story is breaking and will be updated.

Brown said she and her husband, Michael Sr., will be watching the announcement of the decision from their home, with their children. She reiterated what the family has been saying for months now, that they hope there is a peaceful reaction, no matter what the grand-jury decision is.

"I'm hoping it's not bad choices," she said of any potential demonstrations. "I hope they do what the parents are asking and keep the peace."

The pending announcement drew Governor Jay Nixon to St. Louis. Nixon landed here shortly after media leaks about the grand-jury decision began and is reportedly setting up for a press conference.

Nixon, St. Louis County Executive Charlie Dooley, St. Louis Mayor Francis Slay and Department of Public Safety Director Dan Isom will hold a press conference at 5:30 p.m. today. An announcement says they officials will "be calling for peace and discussing preparations to protect the public and free speech, in anticipation of the announcement of the grand jury decision."

See also: Grand Jury Expected to Reconvene Today, Unclear If Proceedings Will Ever Be Public

U.S. Representative Lacy Clay has also told media he'll have a press conference about Ferguson after the decision is announced.

The grand jury's decision was widely expected on Sunday, but various reports, including an email from Downtown STL Inc., released on Saturday said differently. "There will not be an announcement this weekend as previously expected. Jurors will reconvene to deliberate on Monday. We do not know when they might reach a decision or when that decision might be made public," the email read.