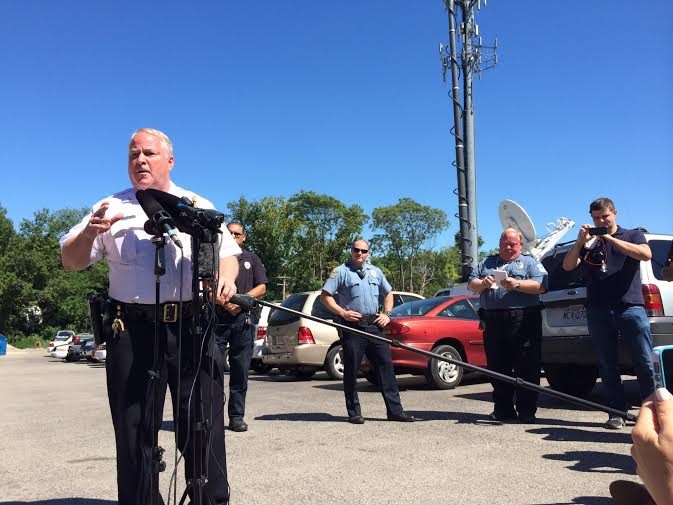 Ferguson's mayor and police chief will not talk to reporters until the grand jury announces whether officer Darren Wilson will face charges for fatally shooting unarmed teen Michael Brown.

The New York Times reports that it requested an interview with Mayor James Knowles on October 29 after rumors spread that chief Tom Jackson was about to resign. The city waited three weeks to respond, sending this unsigned statement Wednesday afternoon:

We have received your request for interviews with Ferguson police chief Thomas Jackson and/or mayor James Knowles. At this time no further interviews are being given prior to the St. Louis County grand jury decision being released. We appreciate your understanding regarding this matter.

Following Prosecuting Attorney Bob McCulloch's prediction that the grand jury decision would come down in mid- to late-November, swarms of national and international reporters descended on Ferguson this week to prepare to cover expected protests.

On Wednesday night, for the first time since early November, a protest outside the Ferguson Police Department resulted in several arrests. Protesters said a clergy member and the popular livestreamer Bassem Masri were among the six five people detained by police. (See update below.)

At least five arrests so far in Ferguson, including one person wearing an orange vest reading "clergy."

Action at Ferguson PD lot most in awhile, but relatively tame. Saw one arrest (@bassem_masri). Otherwise, both sides relatively restrained

Update, 10:30 a.m.: Here's video taken by Masri before he was arrested: In one of his final interviews before his withdrawal from the media, Knowles told Al-Jazeera he regrets telling reporters in August that there was "no racial divide" in Ferguson.

"I'm obviously very, very much regretting having said that," he told Al-Jazeera, "but I think people, again, need to recognize that those divides, those differences [don't] mean this community didn't have good race relations before this happened."