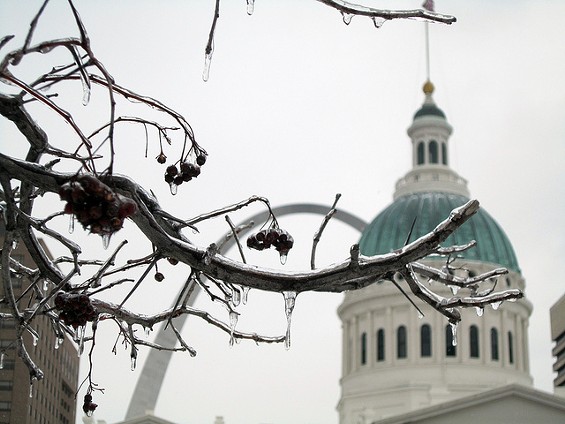 River City tends to freak out a little on the first official day of snow, though this year's snowfall comes a little earlier than expected. Pockets of the region saw between one and three inches of powder fall from the sky -- even with a week and a half to go before Thanksgiving.

Clearly, no one was ready for snow so early this year.

Although some are using the early snow to jump-start their holiday decorating.

I made a snow flick in Forest Park! pic.twitter.com/2NMnX3mher

There's something about how snow balances on thin tree limbs that's almost magical.

My front yard is the park... not mad about it. #stl #stlwx pic.twitter.com/zzKdryV4cC

While it's not quite time for snow angels yet...

Jack enjoying the first real snow of the year. #stlwx

... we are totally down for a romp through the snow, as is Dash the cat.

Dash would like to be out in it. #stlwx pic.twitter.com/ic09TzxuqZ

But mostly, we agree with whoever wrote this. Time to wrap ourselves back up in that blanket:

Um, St. Louis? It's only November. Get your life together. #stlwx pic.twitter.com/e2kgxbc00k