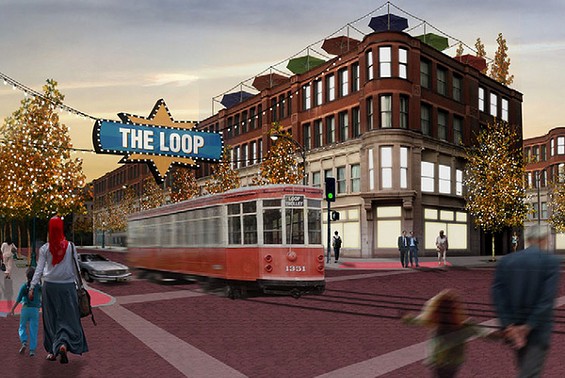 Loop Trolley project organizers are changing their strategy after the first round of bids for the project came back $11 million over budget.

Contracts for electrical and track work for the $43 million, 2.2-mile trolley line are going back out for another round of bidding, this time in smaller, more streamlined packages designed to save money, says project manager Chris Poehler.

"We looked at the bids and tried to figure out a way to...take out anything we didn't absolutely need for the project," Poehler tells Daily RFT.

"This kind of thing happens pretty frequently," Edwards tells Daily RFT. "It's delayed it a couple of months, a little bit. But it won't delay it much."

Construction for the trolley doesn't start until 2015, though crews are currently relocating utility lines under Delmar Boulevard in preparation. The trolley is still on track to open in 2016, Edwards says.

The new bids will come back in a couple of weeks. "At the end of the month, we should have a pretty firm grip on what the final cost will be," Edwards says.

If the new bids also come back over budget, Poehler says he's confident the project will be able to raise more funds. Edwards pointed to private donations and federal grants as two potential sources.

The trolley will connect the Loop to Forest Park along Delmar Boulevard and DeBaliviere Avenue.