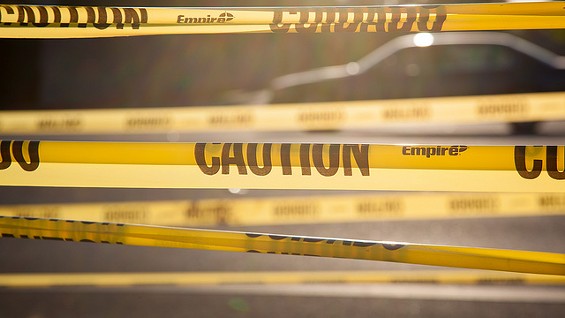 A 24-year-old robbery suspect died of a self-inflicted gunshot wound to the head early Friday morning after police chased him to a south St. Louis County elementary school parking lot.

St. Louis County police officers found Nickolas T. Gralike, of the 700 block of Hill Slope in Jefferson County, dead in his pickup truck along with items stolen from two reported robberies earlier that morning, according to police.

During a standoff with police in the Blades Elementary School lot in Oakville, officers saw Gralike fire a single gunshot, which broke out the back window of the truck. One officer, believing the gunshot was aimed at police, returned fire, but an autopsy from the St. Louis County Medical Examiner's office shows no shots fired by the officer hit Gralike.

"They [officers] heard the driver yell something out the window, but then all of a sudden a shot went off, and the back window of the truck broke out," officer Shawn McGuire told the South County Call. McGuire continued, "It looked like a self-inflicted gunshot wound which then blew out the truck window."

The incident started at about midnight Friday, when a victim reported that a robber used a long-barreled gun to steal his cell phone and money at the Bank of America ATM at 4495 Lemay Ferry Road before fleeing on foot.

Hours later, at about 4:30 a.m., officers responded to another robbery at the same ATM. This time, the victim described the gun as a shotgun and said the robber stole his driver's license, credit card, cell phone and cash.

Later, an officer spotted a truck matching the description from the robbery near the Bank of America. The officer turned on his lights and sirens to stop the truck, but Gralike kept driving through the neighborhood avoiding police, and finally pulled into the school lot.

"It was a complete coincidence that it was a school," he told the Call. "There's really nowhere to pull off into, since it's all just subdivision streets. He passed all of those, and I think that the grade school was one of the only openings."

After another officer arrived at the scene, the cops gave Gralike verbal commands before he fired the single shot, prompting one officer to fire back. Police later approached the vehicle to find Gralike dead with a self-inflicted gunshot to the head.