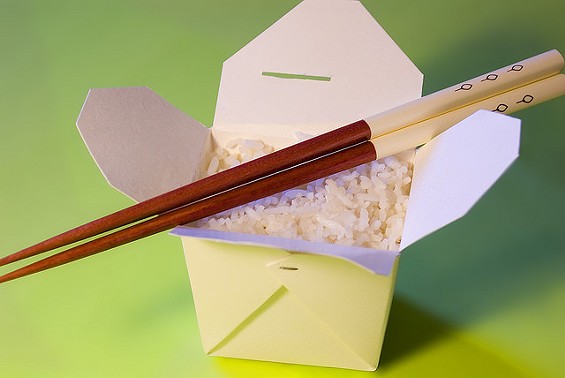 St. Louis police are investigating a robbery and assault after a restaurant delivery driver was attacked in the McKinley Heights neighborhood of south St. Louis.

The victim, a 34-year-old employee at the China King on South Broadway, is in stable condition at a hospital. He was delivering food to a residence in the 1800 block of Russell Boulevard, near Gravois Avenue, after 8:30 p.m. Monday, according to police reports.

The customer -- described by police as a man in his twenties wearing dreadlocks, a shoulder-length black coat and jeans -- asked the driver to follow him to the back of the residence so he could get money for the food.

That's when the delivery turned into a robbery. The suspect pulled out a knife and slashed the victim's neck before fleeing with the food and money.

The driver drove to a nearby business, where he called police.

The victim stated he was delivering food to a residence in the 1800 block of Russell when the suspect met him in front. The suspect asked the victim to follow him to the back of the residence so he could get money for the food. While walking to the rear of the residence, the suspect produced a knife and cut the victim on the neck. The suspect then took the food and money from the victim and fled. The victim returned to his vehicle and responded to a nearby business, where he notified this department. The victim was conveyed to a hospital and listed as stable. The investigation is ongoing.