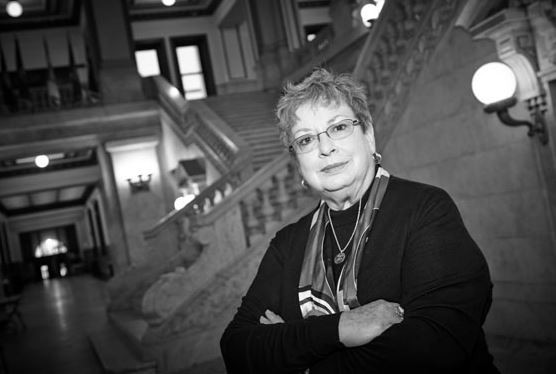 Shrugging off the nepotism scandal that forced her resignation last summer as St. Louis' recorder of deeds, Sharon Carpenter steamrolled her way back into office yesterday, reclaiming her old job with 61 percent of the vote.

Carpenter was appointed as the city's recorder in 1980, won her first election in 1982, and remained a fixture of the St. Louis' Democratic political and power base for more than three decades. But in July, evidence that she'd violated the state's nepotism statute -- she had hired a great-nephew as a summer intern -- forced her to resign the remainder of the term, but that was as far as her punishment went. She vowed to return.

"What I know is that I know how to record deeds," she told Riverfront Times last month, echoing her campaign's focus on her years of experience and name recognition. "I know how to serve citizens, and I know how to build a staff that is the best in all city government."

But Carpenter's win doesn't resolve mounting allegations that she mismanaged the recorder's office for years. As we reported earlier this week, a near-final draft of the city comptroller's audit indicates she misspent more than $130,000 from a technology and preservation fund over the past four years.

An earlier audit from by the City Counselor's office had already raised troubling questions about Carpenter's time as recorder of deeds. Investigators found that Carpenter's chief deputy, Peggy Meeker, contracted $250,000 of office renovations to companies connected to her son.

The election loss appears particularly crushing for Florida, who mustered only 27 percent of the vote while campaigning as an independent. Even with the backing from Mayor Slay and the accumulated political ammunition from Carpenter's nepotism scandal and various audits, it wasn't enough to win.

Carpenter may be back in her old stomping ground, but controversies surrounding the recorder of deeds office are far from over. With Carpenter back in power, employees who cooperated with auditors and spoke to media are reportedly afraid for their jobs, and it's still unclear what kind of penalties, if any, she will face for allegedly mismanaging of the office's finances and personnel during her long tenure in St. Louis City Hall.

We've reached out to Florida and Carpenter and will update when we hear back. In the meantime, you can catch up on all the St. Louis political intrigue with RFT's previous coverage.